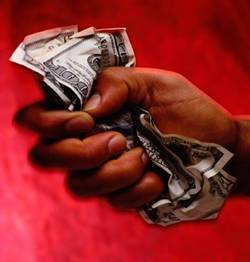 A reader asked an interesting question about the relationship between sales assessment performance and income.

"If someone does well on the assessment but never earned more than $100,000, should that set off some red flags since $100,000 is the high water mark of sales success?"

It's a great question.

Sales income is all relative.