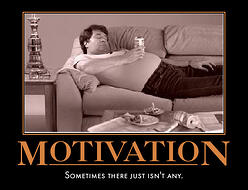 That's right. Today, fewer salespeople are motivated by money, to such a degree that Objective Management Group (OMG) will eliminate the Money Motivated finding in its sales and sales management assessments. In it's place, OMG will show whether a motivated salesperson is either intrinsically (pride, satisfaction, joy, mastery, recognition, etc.) or extrinsically (money, awards, things) motivated. The science supporting this change has been around for several decades but it hasn't been widely embraced. Most recently, Dan Pink, in his book, Drive: The Surprising Truth About What Motivates Us, brought the science back into focus. The data shows that intrinsically motivated people will generally outperform extrinsically motivated people for extended periods of time, while extrinsic motivation may work for shorter periods of time.

I mined the data on 150,000 salespeople that were assessed in the past three years, a period of time that includes both the pre and post economic crash. I noted that the only data point that has changed for salespeople is the percentage that were Money Motivated.

50% fewer salespeople are money motivated today as compared to the findings from 2007.

Should you change your compensation model? Probably not. Salespeople still measure their success by their commissions, and a payoff for a closed sale or account is still good. It's just money is not necessarily the be-all, end-all that motivates them to take action. Awards and contests are still beneficial if they run for short periods of time.

Salespeople that still fit the old description of "hungry" will perform as you expect them to.  But salespeople who simply love selling and want to master its challenges may perform even better!