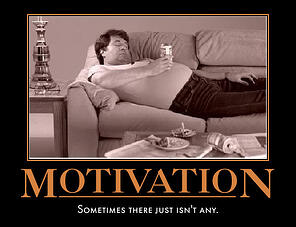 More than three months ago, I posted this article about Money Motivated Salespeople Being a Dying Breed.

I wrote that Objective Management Group would be retiring the Money Motivated finding in its assessments, to be replaced with three findings:

I described the important distinctions between numbers 2 and 3 and provided examples.
Last month, I was working with two of Objective Management Group's partners, Paul Lushin of Lushin and Associates, and Steve Taback of TEM Associates, along with their teams of sales development experts.  They brought it to my attention that we may have missed a subtle but important example of Intrinsic Motivation: people who are out to prove something - either to others or themselves.  They were right.
Those out to prove it to someone, dead or alive, a group of someones, or some very specific someones, may be even more motivated than those who we have always recognized as extremely money motivated.  Ironically, at the start of my sales career and during the early years of my sales development and assessment businesses, proof was my primary form of motivation!
People with something to prove may be out to prove it to themselves, you, their colleagues, those who said they couldn't sell, those who would like to see them fail, or those who might be threatened by their success. Some might even be trying to provide something to someone who has passed and won't ever be able to say to them, "Well, you did it and I'm proud of you!"  That last example is the double edged sword.  While it provides eternal sales motivation, the individual on that mission may be somewhat messed up....
Do you have anyone on your sales force that isn't motivated by the usual methods but may something to prove?