Sales Leaders Got These Issues All Wrong 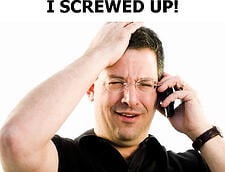 The weather, with temperatures reaching the high 80's, was completely unfavorable for the runners entered in the 2012 Boston Marathon.   Race officials discouraged amateurs from running by inviting them to use this year's registration fee for next year's event.  4,300 runners took advantage of their safety-inspired offer and opted out.  Despite that, 120 runners were sent to the hospital and and another 2,000 required medical attention.  The rule of the day was see the change in conditions, assess the situation, and adapt or suffer the consequences.  It turns out that more than 10% suffered the consequences...

A similar scenario faced hundreds of sales leadership executives.  I reviewed the 2012 Sales Performance Management Report, published by the Aberdeen Group and gleaned some interesting statistics.  The report's goal was to show that the practices of the best-in-class companies were different, even better, than both the average and below-average companies and it achieved that goal.  However, I couldn't help but notice that for most companies, including the best-in-class, their initiatives were not in alignment with the business pressures which they reported having.  Here are their business pressures:

Despite those business pressures, these initiatives were put in place:

Do you see what I saw?  Most of these initiatives don't solve the four business issues which these same executives reported!  Here are a few more facts to further question their sanity:

If most of your reps are failing, you've either been hiring the wrong salespeople or you have failed to sufficiently train and coach them.  You also have inaccurate forecasts, a longer than necessary sales cycle, poor conversion ratios and insufficient growth in top line revenue. Shouldn't you want a better sales hiring process as your #1?  And, if you've been hiring the wrong salespeople, wouldn't you want to increase turnover?  And when revenue is suffering, why spend any time at all on administrative, compensation and territory balance when working on those things won't fix your problems?

These are great examples of sales leadership paying attention to the wrong issues!

Best-in-class companies were 23% more likely to provide sales managers with role-specific training and tools.  You can get some of the best sales leadership and sales management training and tools next month at my annual sales leadership symposium.  I would love to have you join us.  Click here for details and if you would like to attend, email me for a preferred rate.