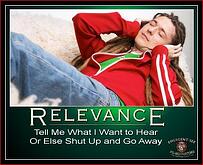 For an article like that to have been published and create the firestorm that it did, we are not dealing with a tiny, remote group of people, hiding in a bubble, in some remote village in Northern Alaska.  The risk to business, as you know it, is real.  And the first, in each industry to adapt and master the sales solution, sets the standard and wins.  Consultative selling is not new.  It has been around since the 1960's, but in the past few years, a growing number of sales experts are beginning to understand the complexity of the methodology.  Despite the growing awareness, most experts still find themselves behind the eight-ball when it comes to  transferring this difficult-to-learn skill set to salespeople.
You can no longer wait for your salespeople to transition from transactional to consultative selling on their own. Won't happen.  Never will.   And you simply won't get by with an abbreviated, homegrown, informal version of consultative selling.  You'll have to bite the bullet on this and adapt, starting with an evaluation to determine which of your salespeople are actually capable of making this difficult transition.
I recommend that you do five things as soon as possible:
Don't know where to turn or who to trust?  I'll be happy to help.  Just email me.