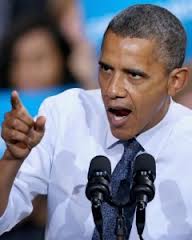 I would like to discuss what happened toward the end of the presidential campaign (hooray for that being completed!), which may have been lost in the sea of mutual attack ads and name-calling.

In an interview with Rolling Stone, President Obama said that Mitt Romney was a bullshitter. That was a very rare, public choice of words for a sitting president, but on its own, I don't have an issue with it.  On another occasion, Obama's campaign manager called Romney a felon.  Were those name-calling instances part of a carefully planned campaign strategy?  New attack slogans?  Lies?  Truths?  Spin?  Comedy?  Does it really matter?  Will anyone even remember?

Last week, Obama's campaign called Romney a great salesman and added that what he was selling wasn't any good.  In other words, "Don't believe a word he says."  So, if we connect the dots what do we get?

Perfect timing.  Just when there was hope that the profession of selling was getting its act together - taking itself more seriously, becoming more professional, embracing integrity, evaluations, metrics, training and coaching - an elected official, of all people, undoes it with three instances of name-calling.  We need to present our products and services in the best possible light and must do that without name-calling.  When we attack a competitor, it doesn't discredit them as much as it discredits us.  Was the President discredited as a result of the name calling?  Probably not.  By the 11th hour of the campaign, most people were so sick of the attacks from both candidates that they had stopped listening.  Your prospects may stop listening to you too if you slam your competitor!  There is a vast difference between comparing your strengths and a competitor's legitimate weaknesses, versus calling them names.  Here are ten references to competitors that I've heard salespeople use:

Let's hope that nobody remembers what just happened and that slamming the competition doesn't become acceptable.