There is More Than One Type of Bias in Hiring Salespeople 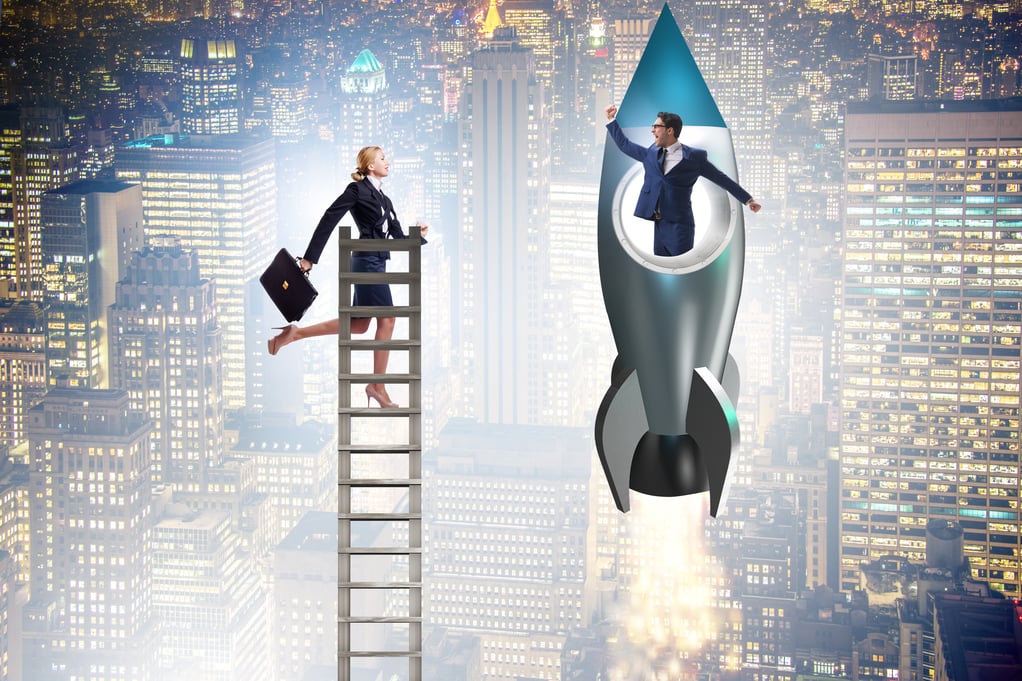 Biases drive decision making.  You have them.  I have them.  We all have them.  Most of the time those biases are fine but when it comes to hiring, and specifically sales hiring, bias can get you in a heap of trouble.

While some biases simply cause bad hiring decisions, others have led to the growth of the Diversity, Equality and Inclusion (DEI) role in companies. This article attempts to explain and make sense of the various biases, how they affect selection, and how that correlates to sales success.

Assumptions - In the hiring process, when we make broad, sweeping assumptions about groups of people, including their gender, religion, ethnicity, age, or disabilities, those assumptions violate Equal Employment Opportunity Commission (EEOC) guidelines.  The EEOC states that employers may not discriminate against any protected minorities whose members include:

When it comes to hiring decisions, women, people of color, and people over 40 are protected minorities.  That's basically everyone except white men under 40!  These guidelines were originally intended to prevent hiring bias against these groups but as you probably know, these guidelines haven't changed for decades and we have progressed to the point where the protected groups are a huge part of our workforce. I believe that today, candidates in the protected group would be hired regardless of whether or not these guidelines remained in place.

Some companies proactively seek to hire specifically for diversity and inclusion.  Reaching beyond the protected group, they seek out those who are different as they attempt to create a wonderfully diverse culture. Our company, Objective Management Group (OMG), has a history of hiring a very diverse workforce.

Biases in Sales Hiring - Is diversity and inclusion a good strategy when hiring salespeople?  It's complicated because it depends on who the diverse group of salespeople will be selling to as much as it depends on how they will be selling.  For example, if your salespeople will be selling face-to-face, including virtually via video, to the C Suite of corporations, your salespeople must be able to present themselves and your brand as professionally as possible, without allowing their personal preferences (their own bias) to sabotage their success.  And even though our biases may have been removed, it doesn't mean that the executives they'll be selling to in the C-Suite are without biases towards the diverse group of salespeople. In other words, it's risky to make "more diverse" more important than the larger mission to grow revenue.

If your same diverse group of salespeople were to sell only by phone and target business users or middle managers they would likely have far greater success.  You must put all salespeople in a position (a selling role), that provides them with the greatest chance of success.  You should not confuse hiring bias with a thoughtful understanding of what it takes to succeed in a specific selling role and which salespeople would best fit that selling role.

Types of Personal Biases in Sales Hiring - Sales managers regularly commit two types of hiring bias. They sometimes fall in love with the idea of a particular candidate from experiences listed on resumes.  Sales managers sometimes fall in love with candidates after a particularly wonderful interview where the candidate said all the right things, was very likable, and the sales manager's gut instinct was saying, "perfect!"  In feeling this way, sales leaders develop bias for certain candidates and this bias is what leads to so many sales hiring mistakes.  Sales managers get it wrong at least half of the time!

An example of bias against a sales candidate occurs when sales leaders refuse to hire salespeople from outside their industry.  They might have a valid reason, they might have had a succession of failures, and the bias might seem important for this particular sales leader.  That said, a negative experience from a very limited sample size does not make it fact.  Pedigree, or college degrees, are another example of bias where certain diplomas are preferred to others.

The New York Times recent article about choosing Talent over Pedigree shows how we can raise the standard of living for many people who lack the prestigious college degree or college at all, but have the talent.  While the Times article isn't sales specific, it's not a stretch to apply it to sales.

In 2017, I wrote an article on hiring biases where I said that some sales hiring biases are good.  Has that stood the test of time?

Eliminating Biases from Sales Hiring - As much as a company might attempt to eliminate biases from their hiring practices, the reality is that it is extremely difficult unless you use the right assessments.  For example, personality assessments, like Caliper, and behavioral styles assessments, like DiSC, are not role specific and have been challenged in court.  Personality assessments that claim to assess sales traits are not only inaccurate and not predictive, they too can be challenged in court.  The one sales assessment that is not personality based measures every sales candidate equally across 21 Sales Core Competencies.  OMG's Sales Candidate Assessment is customizable for each selling role, extremely accurate and distinguished by meeting the requirements for predictive validity.  It also meets the requirements for having no adverse impact on protected minorities. By utilizing the OMG assessment early in the sales process, it completely eliminates bias, recommends only those candidates who have the selling capabilities required for the role while rejecting those who do not.  In essence, it helps you to become blind and deaf while creating a candidate pool of extremely qualified candidates, regardless of what they look like or sound like, where they come from, or their status in life.

In summary, when it comes to hiring salespeople there are four types of bias in play:

Eliminating bias from hiring is a game changer but helping your new sales hires succeed takes more than getting unbiased sales selection right.  Comprehensive on boarding is just as important and after that, regular, consistent and effective guidance, direction, coaching and accountability are the components that will lead to sales success.

Read this article on how to get your new salespeople to take off like a rocket ship!