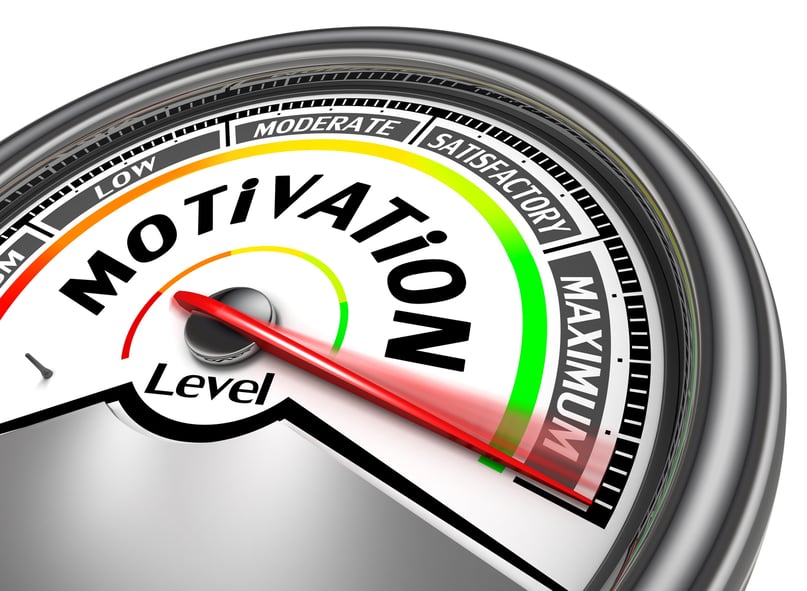 While much about selling has changed in the past 10 years, most of the science behind sales excellence has not changed at all.  While there have been a few changes to the 21 Sales Core Competencies, most of them have remained the same as well.  Most of the average scores in those 21 Sales Core Competencies, as well as the percentage of salespeople with gaps in those Core Competencies, don't change much either.  However, Sales Motivation is one competency where the changes have been dramatic over a very short period of time and today I want to share those changes, as well as how the changes impact salespeople, sales leaders and sales organizations.

Definitions - Let's clarify the difference between Desire for Success in Sales and Sales Motivation. Desire is how badly a salesperson wants to achieve greater success in sales.  Motivation is the "what" behind that Desire.  What is driving that Desire?  Desire and Motivation are part of a triad of sorts, with the third, and most important piece being Commitment to achieve greater success in sales.  It doesn't matter how strong the Desire is if the Commitment isn't there.  And it's with that triad where some of the changes are occurring.  Many companies are hiring recent college graduates to fill inbound and outbound lead generation roles or, in other words, appointment setting roles.  Many of these kids haven't chosen sales and they tend to score low on both Desire and Commitment.  And that's where Motivation comes in.  At least there's that.  But there have been dramatic changes with Motivation.

Changes - During the time that Objective Management Group (OMG) has been measuring both intrinsic and extrinsic motivation in salespeople, we have seen a tremendous shift over a relatively short number of years.  For example, in 2007, 54% of the sales population was extrinsically motivated.  Four years later, in April of 2011, I reported that 50% fewer salespeople were money (extrinsically) motivated, bringing the percentage to just 27%.  Fast forward another 6 years to April of 2017 and when we look at the most recent 350,000 salespeople to have been assessed, the percentage is down an additional 70% to just 8%! 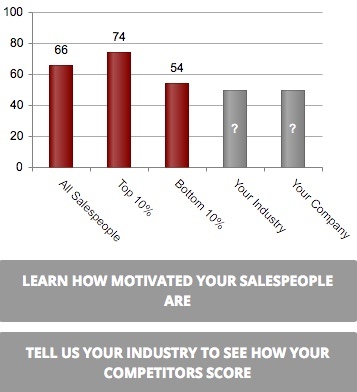 Impact on Companies - Most compensation plans are designed to provide incentives to salespeople that are motivated to earn commissions.  But if most salespeople are now intrinsically motivated, then most compensation plans don't work the way in which they were intended. There are exceptions but generally speaking, most companies must get some help from sales experts who understand the new trend, understand accounting, and have the ability to help you develop a new plan.

Impact on Sales Leaders - Most sales leaders have learned to motivate using the carrot - read commission - but that's not really in play to the same degree as it once was.  Intrinsically motivated salespeople respond to coaching.  Yesterday I wrote about how great sales coaching lets you off the hook on motivation, accountability and recruiting!  Intrinsically motivated salespeople also want to master their craft, love what they do, and be part of something bigger than themselves.  Sales Leaders must learn to become great sales coaches and motivate in all new ways.  OMG measures 7 additional ways in which salespeople are motivated, including whether they love to win or hate to lose, spend to perform or perform to reward, want recognition or self-satisfaction, want to be closely managed or self-manage, want to be pressured or apply self-pressure, have something to prove to others or to themselves, and whether they prefer competition with others or to compete with themselves.

Impact on Salespeople - Surprisingly, these changes have little impact on salespeople as long as they have strong sales motivation.  It doesn't really matter whether they are intrinsically, extrinsically or even altruistically motivated, as long as the motivation is there.  However, if sales leaders aren't motivating them accordingly, and companies don't modify their comp plans accordingly, then the impact on salespeople can be quite negative and limiting.  And you wonder why there is so much turnover in sales!