The Second Most Important Sales Lesson of My Life 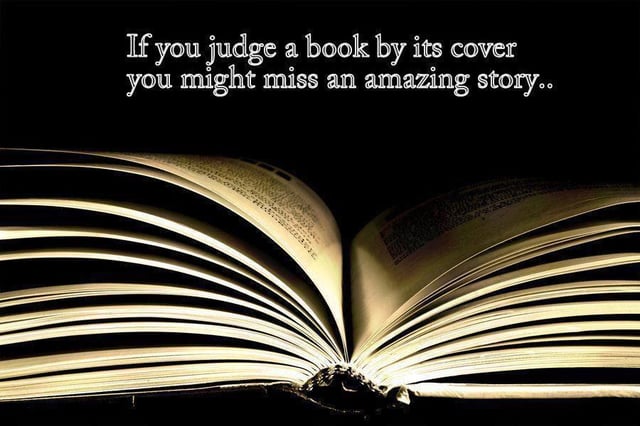 Earlier this week I posted an article that told the story of the biggest sales lesson of my life.  I received so many emails about that article because it seemed to really resonate with my readers.  Yet, as much as it resonated, there was one question that several of them asked in their emails.  They wanted to know why we were in that tenement building in the first place.  And the answer to that question leads me to the second most important sales lesson of my life.

The year was 1974 and as a very young salesperson I assumed that I should target families that were financially secure.  After all, that cutlery I was selling was very expensive and only the well-to-do could afford it.  We were taught to sell complete sets - $175 or so back in 1974, which equates to around $675 in 2016 dollars.  Pricey knives!  This is what happened.  I called on 100 couples of means - all known to me as family, friends, relatives or acquaintances.  They all purchased from me but not one of them bought the complete set.  Almost every one of them bought a single knife.  My average sale was around $15!  Now, I certainly understand had I not been known to them they might very well have purchased nothing from me, but felt obligated to buy something, and bought the least expensive thing they could.  It's also possible that they were all frugal, believing that a single knife could do the work of 10.  And it's also possible that my sales managers knew what they were talking about when they redirected me to young couples and teenage girls that didn't have any money.

By that point I had run out of family acquaintances and as long as I had to begin knocking on the doors of strangers, why not broke strangers?

The other big lesson I learned was around judging.

I couldn't use where they lived, the size of their homes, the cars they drove, what they earned, or how they furnished their home as a predictor of what they could or would spend.  And $5 per week for the first nice thing a young person would ever own was much more appealing to someone who had limited income, than additional nice, but seemingly unnecessary thing to someone who had plenty of income.  Targeting is important but making assumptions about who you target will get you into trouble.

Those early lessons apply today, in B2B selling, just as much as in 1974 in B2C selling.  For example, a startup, operating out of a one-room office, may have more urgency to buy a product or service than a mid market company generating $150 million annually.  To the buyers of products and services, there are three categories:

When companies do demos to generate interest in their products, scenarios 1 and 2 will be the most common outcomes.  That's the primary reason why sales cycles are so long and win rates are so low.  However, when the same company uses a consultative approach, uncovers their prospect's compelling reason to buy and sells value, they will often create a scenario where their product becomes a must have.  Once your product or service moves into must have territory, your prospects will find the money.

Companies with cash often won't spend it on your products or services because if it fails to be viewed as a must have, they can easily put off the joy of something that is merely nice to have when the pain of installation, training, change, and push back make the purchase undesirable.

In order to cause your prospects to believe that they must have your product or service, you must take a consultative approach.  There is simply no other way to get there.  Most salespeople don't sell that way, relying on demos, product knowledge and price to get prospects to take action.

You can train the salespeople you have and it will take the better part of a year to get them there.  It's not the easiest way to sell.  Or, you can hire salespeople who already know how to sell that way.