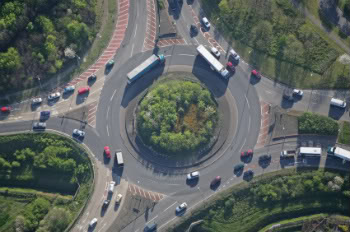 I had just finished speaking in Bozeman, Montana and was sitting in a delicious little breakfast cafe (think cowboy truck stop). That's when I was asked to explain how to maintain control of a cold call.  Well, the environment screamed rodeo, my inner voice yelled riding and taming a bull, but my voice of reason began talking about the concept of flow, patience, listening and staying in the moment.

There are really only three primary things required to keep a call going long enough to get a disinterested prospect engaged:

When you utilize these three concepts to listen, stay in the moment, exercise patience, and succeed, your calls will improve.  Those are the three primary elements to getting a prospect's attention, keeping it, getting them engaged, and converting the call to a meeting.

Experts who sell marketing tools will tell you that cold calling is dead and to them, it is.  But they're wrong.  Even a follow-up call to a lead is a cold call.  Why?  If the person you are calling does not know you or expect your call, it's cold.  Today's leads - those where people must complete a form in order to get what they want - aren't any warmer than yesterday's leads.  They're only fresher.

The real problem is that fewer salespeople are making phone calls and when they do, they aren't reaching as many prospects as they used to.  It now takes 8-10 attempts to reach a prospect and 10-20 attempts to reach a CEO.  If that's not discouraging, then their awful calls will be.

It doesn't have to be this difficult.  Salespeople can be trained and coached to be effective at both cold calling and today's modified version of lead follow-up.  It's just that things have changed so much in the past 5 years that most approaches are outdated and ineffective.

If you or your salespeople need to build a bigger, better pipeline today, then the phone is the fastest, most effective way to achieve that.