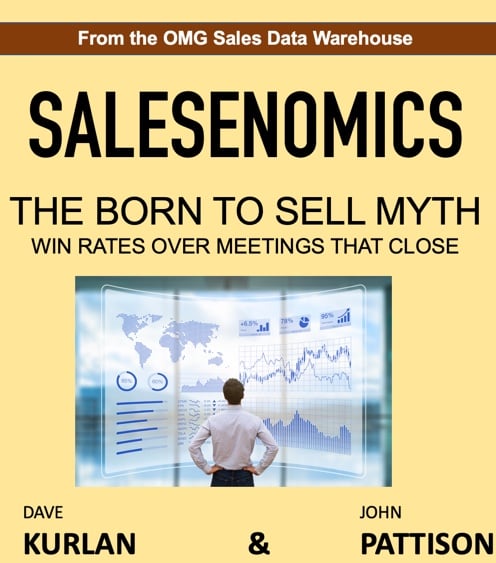 Back in the 1960's it made sense for gasoline prices to be discounted down to the nearest 9/10 of a cent because gas prices ranged between 17.9 to 18.9 cents.  But when gas prices are around $3.00 per gallon, how does 9/10 cent continue to make sense?  Some habits die really hard.

I don't know about you but some things just don't make sense to me.  I loved the Leavitt/Dubner series of books on Freakonomics and thought I could share some interesting sales and sales management data that make little sense.

Nearly 50% of salespeople are willing to work on straight commission but only 7% of companies offer such a compensation plan.

49% of companies track the number of opportunities in their pipeline yet only 27% track the quality of those opportunities.  That leads to the low win rates that companies are not really tracking and the inaccurate forecasts that drive CEO's crazy!

Sales managers with strong coaching skills are 230% more likely to have elite salespeople working for them!  If that doesn't make a case for developing coaching skills, I don't know what does.

Although they should be spending half their time on coaching, Sales Managers spend around half their time split between coaching, accountability and motivation.  How do they spend the other half of their time?  Does it really matter?  Whether it's spent on personal sales, closing reps' deals, putting out fires, or administrative crap, all of it distracts from coaching.

All of the salesenomics statistics referenced above are from Objective Management Group's (OMG) data warehouse.  OMG has evaluated or assessed 1,863,494 salespeople from companies in countries.

Would you like to see how salespeople score in each of the 21 sales core competencies?  Click here.

Would you like to discover some more salesenomics?  Check out these articles:

Great News! The Latest Data Shows That Salespeople are Improving

Data Shows 1st Year Sales Improvement of 51% in this Competency

Sales Playbook and CRM Problems - What the Data Tells Us

Does Efficiency or DNA Help to Increase Sales? 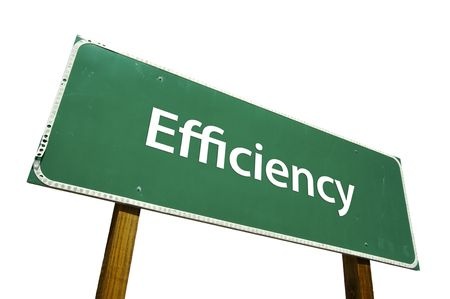 The Salesforce Blog published a new article of mine today - Read How to Create Perfect Sales Conditions.  It's really an article about how to use tools and efficiency to increase your focus and sales.  Speaking of efficiency, Kyle Dougherty, from Prialto, sent me this very cool video today.  Talk about a tool that helps you to be efficient!

Some people have efficiency in their DNA.  Matt Heinz wrote this article for the Hubspot Inbound Sales Blog, asking whether great salespeople are born.  I usually like what Matt writes, but I take issue with this particular article because the science just isn't there for what he wrote.

Science has a lot to say about sales selection!  And there's plenty of science available for us to make sales selection more effective, more consistent and more efficient.

And that returns us to where we began this article - efficiency.

Efficiency and effectiveness are choices.  Do things the same way as always and sometimes get it right; or do things in the best possible way and nearly always get it right.  As always, the choice is yours.

Born to Sell? Give me a Break!

I really don't have an issue with others who write in the sales & sales force management space. I encourage and embrace it.  I just hate it when people write opinions when facts are called for.  We all have opinions.  We all prefer one style over another.  We all have what we believe are better methodologies, strategies and tactics.  But there are some topics that are just begging for data - not opinion - and the author I seem to target more than any other just wrote one such article on whether great sales pros are born that way.  All opinion.  But based on what?  He doesn't really say.  He simply uses his two kids as comparison.  The problem is, he is dead wrong and the data says so.

He talks about his popular, empathetic 5-year old son who he says will make a great salesperson.  Why?  Because he's popular and empathetic?  The data doesn't support that.  While his son might very well end up in sales, the data suggests that he would be among the bottom 74%, not the top 26%.  (Yes, contrary to the popular belief and the author's use of a top 20%, the data says there is a top 26%.)  Understand that his popular son has strong need for approval or he wouldn't be so popular.  He simply wouldn't try. And his empathy?  That will make him more susceptible to all of the excuses, stalls, put-offs and objections he'll be hearing.  His daughter, who is the opposite, may not end up in sales, but she might be better at it than his son.  The data says so!

Most of the salespeople that make up the elite 5% that I so often refer to don't have Need for Approval while 94% of the bottom 5% do.  And when you have Need for Approval AND Empathy, uh oh.  Of course, a personality assessment would wrongly suggest that these two traits - empathy and approval - are good for selling.  Find me the data that supports that!The reality is that those two traits are good for customer service and account management!

The readers who voted seem to concur that great salespeople are trained. My data supports that too.  After all, are great plumbers born or trained?  Perhaps only great athletes are born but even they must still be trained - and trained extremely hard. They have the raw physical talent.  With sales, there is raw talent as well but it's not physical as much as it's how a salesperson is wired, making some much more suitable for selling than others.  All of the people who are suitable for selling can be trained to become great but most do not start out that way.