The Buyer Journey - Myth, Reality, Hybrid, or an Avoidable Part of Selling? 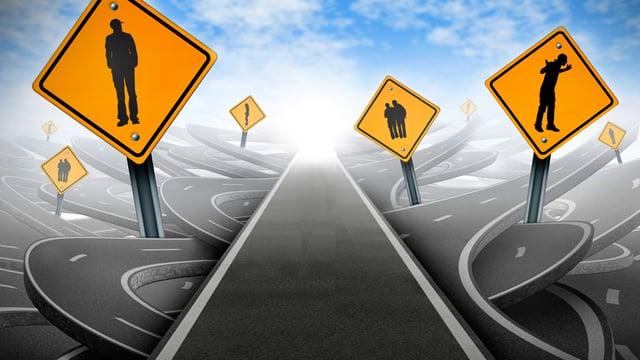 Could it be the people with the most to gain from propagating the myth of the Buyer Journey?  Those people are the big proponents of inbound of course.  If they can get you to believe it's 57% over when a salesperson gets invited in, then there is more reason for you to purchase inbound programs and applications to generate even more inbound leads for which you can be late.

The reality is that when salespeople are late to the party, in most cases it is because they are passive rather than proactive about pursuing an opportunity - a trait of weak salespeople or the bottom 77%.  And then, when those same crappy, passive salespeople enter the opportunity late, they aren't able to suddenly become proactive because they are afraid they will lose the business.  Another trait of weak salespeople.  So they facilitate and offer up demos, quotes, proposals, referrals, tours, trials and discounts.  Nothing of value.  Nothing to create urgency.  Nothing that qualifies the opportunity.  Nothing that gathers information.  Nothing.  So that group - 77% of them - would actually perceive a buyer journey where prospects are at least 57% along the way to buying.  And that group will have a loooong sales cycle and a pit.i.ful win rate.

So what is it that enables salespeople to behave so passively on these sales calls?

This week I wrote an article for Gazelle's Growth Institute's Blog and it just so happens to be on the benefits of getting your sales process right.  You can read that article here.

So what do you believe relative to the buyer journey?

How This Awful Cold, Voicemail Message Could Have Actually Worked

The timing on these two events could not have been more perfect!  Both occurred last week and I wanted to share them with you today.  First came Dan McDade's article - the first of three parts - on whether cold calling is dead.  He asked a number of sales experts to weight in and articulate whether it is truth or a lie.  It was very well done and you'll want to read it.  Then came the comments - most notably on LinkedIn - from both sides of the argument.  And finally, I received a cold call from a salesperson who was following up on an email.  It's a great example of a call that was a complete waste and I'll share that call with you as well as how that call could have worked.

First, let's take a look at Dan's article and his quest to determine if "cold calling is dead" is fact or fiction.

Next, let's wander over to one of the LinkedIn discussions and take a look at the argument in progress.  Click on the comment icon to reveal all of the comments.

Finally, let's listen in on this voicemail.  In the context of "cold calling is dead" it's interesting because cold calls like these are obviously not dead.  Although it's far less common to get the call following up on an email, it's not unheard of either.  But what was the real purpose of the call?  To see if I got the email?  Really? Why would anyone expect this call to work?  Listen first, and then we can discuss it.

He did not give me a reason as to why his initial email or a future conversation with him might be important to me.  In other words, it was a total waste of a call for him and for me.

So what could he have done instead?

He could have started with something that I would have agreed with like: "Dave, I sent you an introductory email last week, but if you're as busy as me, it was probably buried in an avalanche of holiday email and you never saw it."

He could have continued with why he sent it to me. "I sent the email because I believe that we could help you in much the same way that we have helped other growing consulting firms like yours."  This demonstrates that the call was targeted, he knows I have a growing consulting firm, and there is reference to having done this before.

And he could have given me a good reason to call.  "If you could give me five minutes next week, I will make sure that you don't waste your time and I'm sure that you will be glad we talked."

And here is a cold call from this morning. Listen to this one.

Just like the first one - what is the purpose of the call?  To formally introduce himself?  Why would that be compelling unless he said his name was Sean Connery.  I know, Connery is Scottish, but you know what I mean.

So what could he have done differently?  He could have said, "I know you're with Toshiba and a lot of Toshiba customers have been frustrated over inaccurate invoicing and moving to us at Kyocera.  I was hoping that we could spend 5 minutes to see if we could provide with you a more enjoyable experience."

Finally, if you aren't tired of these dissections, here is one you can simply read.

Cold calling isn't dead, but most salespeople don't do it - only 35% of salespeople prospect consistently - and that makes it appear dead. Those that do prospect tend to suck at it - 34% aren't able to schedule meetings when they make a cold call.

Meetings don't get scheduled unless somebody picks up a phone.  Read this article on the next big game changer for sales.

Is This an Example of Succeeding or Failing at Inside Sales? 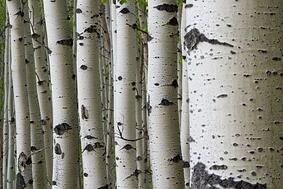 Yesterday I was in the office, preparing for the formal introduction of Objective Management Group's (OMG) award-winning, new and improved, fourth generation, Sales Candidate Assessment (view the 25-minute Webinar here) when the phone rang and I answered.

Not only was it a cold call, but it was one I could write about - the best kind!

The salesperson was from Oracle and wanted to know if I was aware of and had seen their CRM software demonstrated.

It's bad enough when companies move to the demo too quickly, but it doesn't get any faster or more transactional than when they ask you if you've seen their demo with their very first question.  But hey, give him a break.  At least he asked a question instead of telling me he wanted me to see a demo...

I explained what my company did, and that we would normally be recommending CRM to our clients and he repeated his question - did I want to see a demo?  I repeated my statement, that among other things, we recommend the appropriate CRM solution to our clients, and don't need to see a demo.  His response was that he was from inside sales.  In other words, "I'm not supposed to figure out what you're trying to explain to me - I'm an inside salesperson!"

He said he was making a notation in the file (in Oracle's CRM application?) and he thanked me for his time.

Of course, if he was not an inside salesperson, he could have asked any of the following questions:

From an inside sales perspective, he actually did his job because he cut his losses and moved on to the next call.  But from a practical, business development standpoint, he completely blew his opportunity to become aligned with a major influencer to the vertical into which he sells!

There couldn't be a better example of just how consistently misguided some of the inside sales experts are.  I just set myself up for two weeks of nasty tweets and comments from the entire inside sales community.  Most of them hate me for my opinions.  Most of them can't see the forest for the trees and the top of the sales funnel is represented by the first row of trees in the forest.

Speaking of inside sales, Dan McDade wrote a great post on everything that's wrong with inbound marketing and how it is causing inbounditis!  It's a must-read.

What is your opinion about the appropriate role for inbound and inside sales?