Everyone Can Sell. Not Really. Top 10 Reasons Why Not

Forget for a moment all of the data from Objective Management Group showing that 74% of all professional salespeople suck.  When we take the concept from selling an idea (at home, at church, in the neighborhood or internally to coworkers) to professional selling, 10 things change:

What do you think?
8 Comments Click here to read/write comments 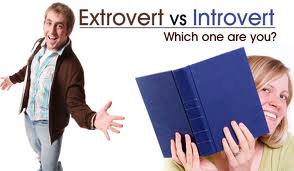 You probably haven't read this article by Dan Pink (thanks to Craig Ruhland for sending me the link).  Pink points to research showing that extroverts and introverts are not as successful in sales as ambiverts, the people in the middle of the scale between both extremes.  Our research at Objective Management Group (OMG) would support this "discovery".

Dan also writes that because the majority of all people are ambiverts, most of us were actually born to sell.  Whoa.  Our research doesn't support that!  Our research clearly shows that 10% of the people, who are already in sales, shouldn't be selling, and another 22% can't be trained to improve their performance.  So, if 30% of the people, who've chosen to sell, aren't well-suited for sales success, how can "most people" be born for sales success?

Why do brilliant people, like Dan Pink, look at research and then reach faulty conclusions?

The study sited ambiverts, but those ambiverts had already chosen sales as a career and were already the most successful salespeople in the company.  Were they successful because they were ambiverts or was it something else?

We already know, and have plenty of data that shows, that extroverts (people who talk too much, listen too little, and most significantly, have a tremendous need to be liked) are generally ineffective.  On the other hand, extroverts, who have overcome their need to be liked, developed their skills and learned to listen and ask questions, can become great salespeople.

We also know that introverts (people who are shy and need to be liked) are also ineffective.  However, introverts, who don't need to be liked, generally have better listening and questioning skills, and when they do speak, it's usually to state something quite important.

I'm not familiar with the software company which was the subject of the study cited by Dan Pink.  However, it's more than likely that a few other conditions may have led to the ambivert results.  I'll share some of the possibilities here:

If you've been reading my blog for a while, then you know how I feel about the importance of assessments which predict a candidate's success probability and evaluations which identify sales performance issues and recommend development.  You would also know that I don't believe in personality assessments or behavioral-styles assessments and Dan Pink's article doesn't change anything.
Read the best ever article comparing assessments, but you must click on the 3 links to get the entire story.
Read about the Top 20 Conditions Which Call for a Sales Force Evaluation.
Download my White Paper on the Science of Salesperson Selection.
Register to attend my 45-minute, March 12 webinar on the "Magic Behind OMG's Sales Candidate Assessments".  10:00 AM Eastern Time (New York)
3 Comments Click here to read/write comments

What We Think about Sales Motivation is All Wrong

Arno was kind enough to point my attention to this great video presentation from Dan Pink on the science of motivation.

Dan uses science, examples and case histories to tell us that almost everything we thought about motivation is wrong....or is it?

He never mentioned sales, selling, the sales force and salespeople specifically, but we do know that he said this:

"When the focus and goal are clear - incentives work great."

That condition is certainly in play for incentive programs, contests, rewards and awards.  And it's in play for many compensation plans too.  But are the focus and goal always clear?  When salespeople take our assessments, one of the questions asks by how much they exceeded or missed their quota or goal.  The data shows that a significant percentage of salespeople don't have a goal or a quota!  He also said:

"When you don't want the worker focused, and you want them thinking on the periphery, then incentives don't work."

That condition is certainly in play for new companies and start-ups who are finding their way, finding a market, finding partners, and have no existing revenue stream.  A salary is the appropriate way to compensate the first salespeople on board in this scenario.

If we look at the data from the 450,000 salespeople who have been assessed by Objective Management Group, the percentage of findings which show lack of money motivation (especially among higher income earners) has been increasing each year.  It's not that they aren't money-motivated anymore, as much as they aren't as money-motivated as they were earlier in their career, when their money-motivation got them to their current income level.

The bottom line for your salespeople is that everyone is different.  Everyone is motivated by different things and for those who are clearly motivated by money, and where you have a clear goal and focus for them, their compensation should and must be commission-based.  When you have people who are motivated more by recognition, awards, competition, time-off, public service, or philanthropy, your compensation program should be flexible enough to compensate them in an appropriate manner too.

If you found this article helpful, you might find these articles on the subject of sales motivation helpful too: