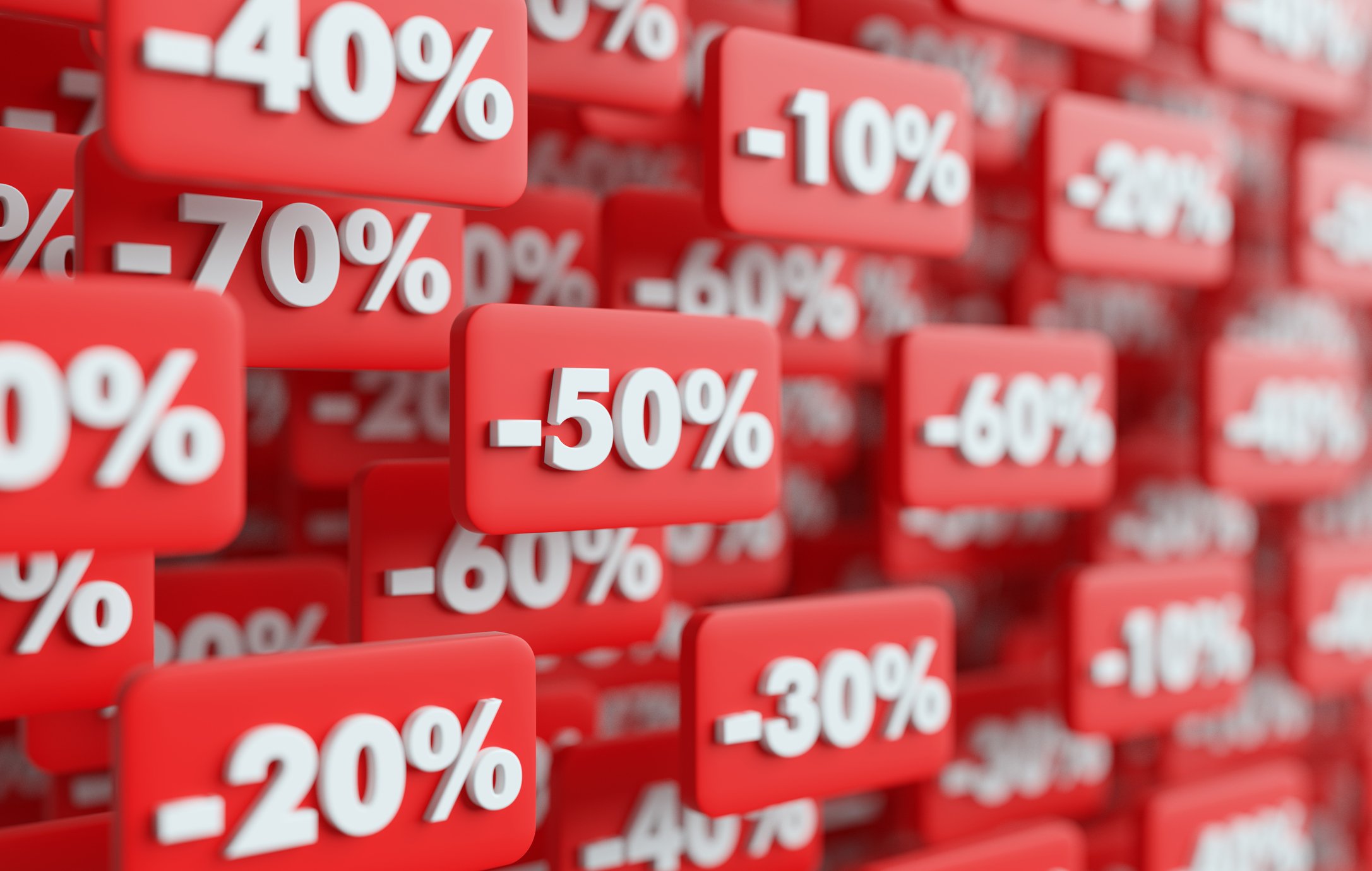 If you heard that inventory levels are low, it's certainly not because companies have stopped buying.  It's because the supply chain is busier and stronger than ever and as a result of all of the buying, our roadways are jammed with trucks shipping products to distributors, retailers, warehouses and fulfillment centers.  Don't believe a word of it when you hear an economy related objection or put-off.  Business isn't off, inventories aren't purposely low, money isn't tight, companies aren't on buying freezes, and the economy isn't tanking.  If you aren't reading or hearing how historically great the economy is right now, you're listening to, watching or reading the wrong news outlets. Business is booming and procurement departments would like nothing more than for you to buy into the fake news, hoping that your next move will be an incentive.

I have an awful lot to say about incentives to buy! The occurrences are as predictable as the 6pm news beginning exactly at 6pm.  If you have opportunities in the pipeline during the last week of the month, the last week of the quarter and the last two weeks of the year, and your prospects showed a strong likelihood of moving forward, they'll be sitting back waiting for a call from a salesperson or sales manager to sweeten the pot so that you can get this deal in before the end of whenever.  How lame.

Why do we need salespeople if their only method of getting business closed is to offer a time-sensitive discount? Nor do we need sales managers and sales leaders spending their time offering discounts.  Anyone, from any department, from any background, who is capable of having an adult conversation, is capable of making the, "Have I got a deal for you!" call.  Even worse is when it occurs via email.

The practice of end-of-month, quarter and year incentives must stop.  If salespeople aren't strong enough to sell and close the deal on its own merits, then companies should either hire stronger salespeople or train and coach up the existing salespeople so that they are providing much needed expertise and solutions, to prospects with problems who haven't been able to solve them on their own or with their current vendors.  This describes a consultative approach.  The timely discount is a transactional approach.

If we look at the Sales DNA behind those two competencies, the bottom half have Sales DNA of only 28%!  That totally sucks.  Instead of having the selling strengths to support a consultative and value-based approach they have selling weaknesses that sabotage their attempts to sell that way.

The data isn't from some lame survey.  This is Objective Management Group (OMG) data from the evaluations and assessments of 1,885,255 salespeople from companies.  You can see the data for yourself and even see how you compare in all 21 Sales Core Competencies.

All the blame for discounting does not fall on salespeople, sales managers and sales leaders.  CEO's must accept their share of the blame for setting precedent.  The sooner that CEO's shut the door on incentives, the sooner companies will stop suggesting that "we might be able to do better."  When salespeople give prospects some hope that they will be competitive, in the ballpark, meet or beat any legitimate quote, or might be able to do better, value selling goes right out the window and in the prospects' eyes, if you then can't meet those expectations you lied.  Only a CEO has the power to end that ill-advised strategy.

Join the discussion and leave your comments on the LinkedIn thread for this article.

When, How and Why Salespeople Discount Products and Services

We often bring our two golden retrievers to a great local kennel with very attentive local ownership. At $23 per day per dog, plus "play time" and food, a weekend stay comes to about $140 for two nights.  However, when we travel on vacation and leave the boys for 7-10 days, and add grooming to their week of pampering, the tab could run as much as $800.

When I pick up the dogs, Heather gives me the bill.  When it's $140, I pay, she gets the dogs for me, and we leave.  However, when the bill is $800, Heather gets really uncomfortable, and begins editing the invoice and always seems to get it under $650. Nice, right?  Only if you're a customer.  If you're Bob, the owner, who has no clue she is doing this, what must it be like for him?

He has a 150 dog capacity and on vacation weeks, is fully booked.  Let's assume that there are just 5 of those completely booked full vacation weeks per year; The week between Christmas and New Years, 2 Winter Vacation weeks (public school and private school on separate weeks) and the two weeks around Independence Day and Labor Day. Let's also assume that the not everyone has two dogs.  Let's assume that this only impacts one third of the customers during those four weeks.  So that's 50 invoices being discounted $150 for 5 weeks or $37,500.  And let's assume that during the 8 other busy summer weeks not already accounted for, we have half as much occupancy - another $30,000.  I wonder what he would do if he knew that Heather was giving away $67,500 of his revenue without being asked?

So why is this happening and how does it relate to sales and sales management?

Heather has Low Money Tolerance.  In her case, anything over $650 is A LOT of money. So she discounts the total, not to make the customers more comfortable, but so that she can be more comfortable!  What would happen if her customers said, "Oh my, this is a lot more than I thought it would be...isn't there anything you can do?"