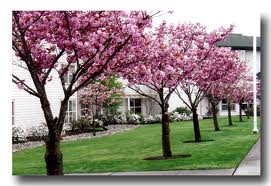 CEO's are much more likely than Sales Leaders to pay companies in the sales development space for help, yet Sales Leaders are much more likely than CEO's to attend workshops, seminars and briefings.  (Speaking of events, if you are in the Washington DC area, I'll be speaking to a small group of CEO's over breakfast on June 26 at the Park Hyatt.  If you would like to attend, drop me an email and I'll arrange for you to be included!)

CEO's typically want the help - right now - while Sales Leaders want to learn what they need to do and then do it themselves.  Sales Leaders haven't been trained to provide sales force evaluations and sales and sales management training, develop sales methodologies, selling models, custom sales processes, etc. They don't usually have the skills to effectively do this work and it shouldn't be in their job descriptions, yet many attempt it just the same.

Homeowner landscaping is a good analogy.  Many homeowners take care of their own lawns, plant their own shrubs, trees, and flowers, and maintain their beds and trees.  They get it done and it looks OK, but if you compare their properties to one professionally maintained by a full-service landscaping company (as opposed to a guy who just happens to have a truck and a tractor), you can see the difference.

Sales Leaders are to Homeowners as Sales Development Experts are to Professional Landscaping Companies.