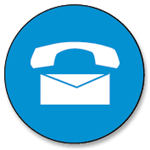 Back in March, I mentioned in this article that it takes, on average, 8 attempts to reach a prospect.  Unfortunately, that statistic won't help many salespeople because most of them aren't comfortable with the consequences of "8".  Most salespeople want to give up after about 4-5 attempts - and not 4-5 attempts over 4-5 days, but over 4-5 weeks!

Last week I received a voice mail from a commercial real estate broker.  He said just the right thing, at just the right time and I returned the call and scheduled a meeting.  I knew he had called me before, so I asked him how many times he had attempted to reach me.  He checked his records and reported back to me:  8 voice mail messages.  Wow, what a surprise!

Last week, no fewer than 8 salespeople sent emails to me explaining that they committed to the 8 attempts rule and, as a result, had scheduled meetings with prospects they had been chasing for a long time.  The key is not to only make 8 attempts, but make 8 attempts Halloween style - haunt them -  8 attempts in 8 days.

Even if your salespeople leave the right message (nothing other than their name and phone number), the best outcome is that the message makes it onto their prospect's to-do list.  But will their prospects return the calls?  They probably won't return the call today and it will still be on their lists tomorrow.  That's when, after not returning the call for a 2nd day, a prospect realizes that the person (they don't know it was a sales call) did not make another attempt, so it must not be important and they remove it from their to-do list.  Your salespeople must continue to call in order to remain on the list.

So what can you do to make sure your salespeople reach more prospects?