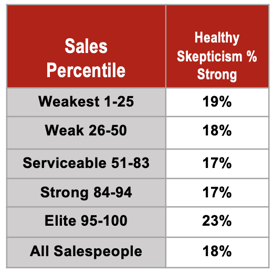 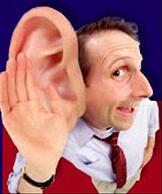 This article focuses our attention on the 2nd of the  10 Sales Competencies That are Key to Building a Sales Culture.

I recently wrote two articles on the subject; this article on the 5 Steps to Coaching Your People Beyond Happy Ears and this article, Is It Happy Ears or an Empty Pipeline?

So let's explore a little more.

Here are some of the things salespeople with Happy Ears tend to do:

Ugly.  So what can you do about it?  Understand that many of the people with Happy Ears also have Need for Approval.  You have to help them overcome that before you can solve the problem with Happy Ears.  The fastest way to overcome Need for Approval is to have them use the SalesMind CD twice daily for 3 weeks. Then begin interrogating your salespeople (who have happy ears) during post-call debriefs!  Ask every skeptical, doubting, question you can. Be consistent with the questions and the frequency of your interrogations.  Make your salespeople so uncomfortable that they start asking these questions themselves, just so they'll have the answers to the questions they now know you will ask.  And then, finally, their happy ears may just begin to disappear.

5 Steps to Coaching Your Salespeople Beyond Happy Ears

Following are my thoughts about how you, the leader of your salespeople, can help them overcome Happy Ears. Slip into these five roles to help them be more realistic about and more comprehensive with their opportunities.

After the Cutting - How Successful Companies are Selling Their Way Back to the Top 11/3 - Top Executives only use Discount Code DK1103 to avoid paying fees.