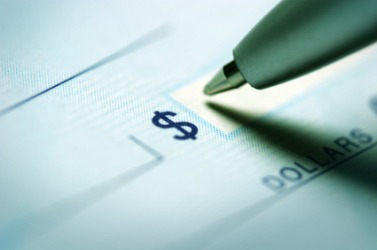 One of the questions, that I often field from clients who have had their sales forces evaluated, is, "Can you please explain the opportunity finding?"

In our Sales Force Evaluation, the Opportunity is our projection of how much additional revenue the sales force can generate.

This 1:45 minute video explains how we calculate the number.  If you have any questions or want to know whether we can calculate something similar for your sales force, drop me a line!

3 Types of Salespeople - Which are Best at Growing Sales?

Yesterday, we were in a small seaside village and in a nautical gift shop, I read this sailing quote:

"The pessimist complains about the wind.  The optimist expects it to change.  The realist adjusts the sails."

"The pessimist complains about the prospect.  The optimist expects him to buy.  The realist adjusts the sales strategy."

Let's look at these three points a little more closely, shall we?

The pessimist: Sure, the pessimist will complain about the prospect, but more specifically, that the prospect wasn't open, was hostile, talking with competitors, wouldn't share a budget, wanted only a proposal, wouldn't commit to anything, blocked him from reaching a decision-maker, etc.  If this is normal buyer behavior, then this calls for a salesperson!  All salespeople must be able to navigate around and push through these common issues or we really can't call them salespeople.

Most salespeople are good at talking and presenting - they are full of air - but 74% of them are ineffective when it comes to listening and asking good questions.  How about your sales force?

The Unusual Case of Arturo - How He Sabotaged His Own Sales

One of my clients owns a Mexican company which provides phone, video conferencing and surveillance equipment to integrators and end-users.  During the height of the violence in Mexico, Arturo was kidnapped and held, bound and gagged, at gunpoint.  He was released - one of the few, fortunate survivors - but the emotional scars ran deep.  It took months for him to recover from the post-traumatic stress and return to work - selling again - and I have been coaching him for the past few months.  I have a tremendous amount of respect for Arturo and the courage that he has demonstrated to once again face the world.

During our last few conversations, he has had a huge backlog of follow-up calls to make - as many as 150 at one point - on known opportunities.  We worked on time management, scheduling a specific date and time with a prospect for the follow-up call, identifying the strongest opportunties and not wasting time on the weaker opportunities, being more effective at qualifying, blocking out time in his calendar to make follow-up calls, etc.  In the end, the list of opportunities that required follow-up continued to grow.

When I learned that he still hadn't rectified the problem I asked for an example of a follow-up call which he needed to make, but didn't.  I was amazed at what I heard.

He had a fairly large opportunity scheduled - in his calendar as I had suggested - for follow-up.  He didn't make the call and of course, the prospect didn't call him either.  Interestingly, Arturo was making all of his 1st calls without any problem; however, once he developed a relationship and created an opportunity, he was developing call anxiety before the follow-up call.  Instead of fearing rejection while doing the hard work - making 1st calls - he was struggling with being rejected at the end of the sales cycle, causing him to avoid the calls all together.

Arturo is not the only person with this issue.  For months, Arturo has been sabotaging his closing efforts and for the first time, finally understands why his failure to follow-up has been occurring.

Solving the problem was actually quite easy.  I explained to Arturo that his prospects were wondering, "If he doesn't follow up when he is trying to get the business, what kind of follow-up will I get after he has the business?  He doesn't appear to care very much or be very reliable, so I don't think I will buy from him."

Arturo is a proud man and when he understood the implications, the embarassment of the consequences was much greater than the discomfort from the fear of rejection.  I told him to make a sign that says, "Choose Success over Discomfort."  The fear won't soon disappear, but he will take action in spite of it.

Congratulations Arturo - I expect your sales to quadruple!

Have you ever noticed that when you choose the Express Checkout it always seems to have either the slowest register clerk, or there's an old lady paying who has already taken 10 minutes to find her wallet?

Have you ever noticed that during rush hour, the Express Lane for the toll booth is the only lane that isn't moving?

Have you noticed that whichever security line you choose at the airport will be the line that moves the slowest?

Road warriors are certainly familiar with the last two scenarios.  They have a need for speed and when they get on sales calls, the need for speed remains.  Perhaps you'll recognize some of these scenarios:

All four scenarios lead to lousy sales outcomes.  The surest way to create urgency, accelerate the sales process, eliminate the competition, get the prospect to self-qualify and spend more money on your solution, is to A B A N D O N the need for speed.  You can do that by: Jim Collins was interviewed in the February 2 issue of Fortune.

He was asked this question:  "Right now, it seems as if people are panicking - or are paralyzed about decisions."

He responded with, "Almost across the board, people are worrying.  As a rock climber, the one thing you learn is that those who panic, die on the mountain.  you don't just sit on the mountain.  You either go up or go down, but don't just sit and wait to get clobbered.  if you go down and survive, you can come back another day.  You have to ask the question, what can we do not just to survive but to turn this into a defining point in history?"

So, if you must do something, as opposed to nothing, what can you do? You can only cut so many costs.  You can only sit back and wait for so long.  You can only hope so much.  At some point, you must do something about the one thing you can control - your sales force - the single connecting point between you and your revenue.  Although you don't want to increase spending right now, spending money on the group of people that actually have the ability to reverse declining revenue is not only responsible, it is necessary!

You are faced with an economic crisis.  Don't do what you can. Do what you must.  Call your Sales Development Expert!  There are so many ways to reverse declining revenues, to help your sales force succeed in these difficult times, to change your approach, to get more of a smaller pie. Just don't believe that you know what all of those methods are or that you know how to get your salespeople to change.