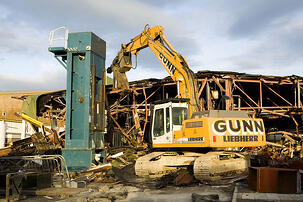 It's amazing what Harvard Business Review will print on their pages when it comes to the subject of sales.  This post marks the 6th time that I have strongly felt the need to question an article appearing on their pages.  The November 2013 issue featured an article titled Dismantling the Sales Machine.

Here's the premise:  Companies that have been rigorously enforcing sales process should stop doing so because it is resulting in longer sales cycles, decreased conversion rates, unreliable forecasts and depressed margins.  So they say.  Here are some of the many problems with their premise:

Based on my 28 years of hands-on sales consulting and training experience, along with the data we have accumulated at OMG over the past 23 years, I can report this to you:

If the executives from the 30 companies in the survey have any similarity at all with the executives I have spoken with from thousands of companies, then they only believe they have a sales process, they think their salespeople are following it and they think that sales management is holding them accountable.

All you need to know about the generic form of the Baseline Selling process is that there are 4 stages consisting of steps and milestones:

To put things in context, let's use a couple of the other well-known selling brands:

None of the 3 are complete sales processes.

I have seen dozens of so-called corporate sales processes.  Nearly all of them would have steps that would belong between Home and 1st Base, and then between 3rd Base and Home, skipping all of the steps/milestones that must occur between 1st and 2nd, and between 2nd and 3rd.

I've seen processes that were so terribly sequenced that it was nearly impossible for salespeople to gain traction.  The point is that having a process is not the same as having an effective process and, in most cases, is no more effective than having no process at all.

The authors made a recommendation that I believe was even more flawed than their data and conclusions.  They suggest giving salespeople flexibility to use a judgment-focused, rather than process-focused approach.  Well, according to the data on 1831615 salespeople, 91% of whom were already selling by the seat of their pants (aka best judgment), we could expect them to have trouble with sales cycles, conversions, forecasting reliability and margins.  Sound familiar?

If the authors want to identify the cause of those 4 effects, they should look no further than sales management, 82% of whom aren't able to coach their weak salespeople to sell more consultatively - the other reason for the 4 effects.  Proof of their ineffective coaching can be found on page 4 of the longer than necessary article where examples of questions that used to be asked during pipeline reviews are revealed.  Those aren't sales coaching questions, those are tick marks in the CRM system!

Surveys are fun.  They tell you what people think.  Science is better.  It tells you what is really taking place and why.  Science asks questions.  Surveys report answers, allowing survey authors to jump to conclusions that may not be applicable outside of the survey population.

What are your thoughts?

By the way, this is World Awareness Week - a Celebration of Top Sales World - click the image below to visit.