You Lost the Sale - What Should Your Salespeople Do Next? 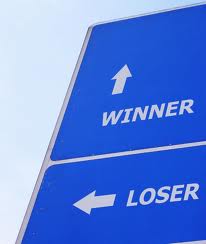 I used to recommend that salespeople read Mastery, by George Leonard, a book on how to master anything, although he used Martial Arts for his examples.

I'm in the process of reading Andre Agassi's autobiography, Open.  Verne Harnish, The Growth Guy, wrote how much he had enjoyed the book during the holidays but I think he lied. Prior to this book, I had never read an autobiography that was a page turner but this qualifies as a first. The book is not only a great read, it is a more engaging replacement for Mastery!

I get tremendous satisfaction from helping companies evaluate their sales forces, develop and optimize their processes, improve efficiencies, train and coach their teams, select great salespeople and increase revenue and profit.  But I LOVE to sell.  Agassi hated tennis yet still mastered the sport to become #1 in the world!  You can learn a lot from an example like that!

One of the things I have always done when I fail to close the business (as opposed to deciding not to pursue business that we don't want) is an extreme debrief (beat myself up).  It doesn't take long, doesn't affect me after I am finished, and then I commit to never making the same mistake again. I have had to conduct that process with myself three times in eight months this year and while it means that nearly every opportunity has been closed, I still treat a loss the same way as I have for decades.

I was wondering if I could share anything from my extreme debriefs that might help you and your salespeople:

In one case where we did not get the business the company decided to continue using the assessments that had so unreliably selected the mediocre sales force they already had in place.  Didn't see that one coming...but why?  How come?  How could I have missed that?

I didn't miss it.  That's the reason they gave - staying with what they have - but it wasn't really the reason for not getting the business.  You have to dig deeper.  The real reason is that someone in sales management was asked to get involved in this process and didn't agree that his mediocre salespeople were that bad.  His best salesperson, an account manager who inherited the best producing territory in the company, took the assessment. If the sales manager had agreed that his top salesperson wasn't really a producer and everyone else was even worse, he feared that it would reflect very poorly on him.  So he believed it was more beneficial for him to stay with the tool that hid the issue, rather than use a tool that would expose the reality of his region.

In my world, it's simply not enough to know and rationalize the real reason; I must beat myself up to discover how I could have overcome that challenge.

I could have attempted to have the sales manager position himself as a brave, risk-taker who was willing to put himself out there, risk showing how weak his team was, raise his hand and admit that he had some weaknesses and was really looking forward to identifying and overcoming them, and then claim the fastest growing region in the company.  In order for that strategy to succeed, the sales manager would have needed a strong self-image, been a risk-taker and secure in his standing with the company.  He wasn't.  So that plan failed.

I could have refused to let them involve the sales manager.  Unfortunately, my prospect wasn't the CEO (the real problem), but was hired by the CEO as the sales enablement officer (the person who provides sales tools, efficiencies and outside help) to make these types of decisions.  I can always get a CEO, President or Worldwide VP of Sales to proceed without including others in the decision to evaluate a sales force, but the sales enablement officer needs - actually requires - buy in because he doesn't have the potency to drive an initiative like a CEO, President or Sales VP would.

I could have refused to continue the sales process with the sales enablement officer unless he brought in the Sales VP, President or CEO.  I did. And he said that he would appear weak and unable to do his job if he included the people who hired him for this very thing.  In making the decision to move forward, rather than walk away from this large opportunity, I considered one more thing.  This prospect knew me by reputation from his previous company (where he was not part of the sales organization) and sought me out. I let that influence my decision to pursue the opportunity despite 3 separate facts that were telling me to walk away. That was the mistake.

Sorry for the long post today.  I'll leave you with three considerations for your salespeople: