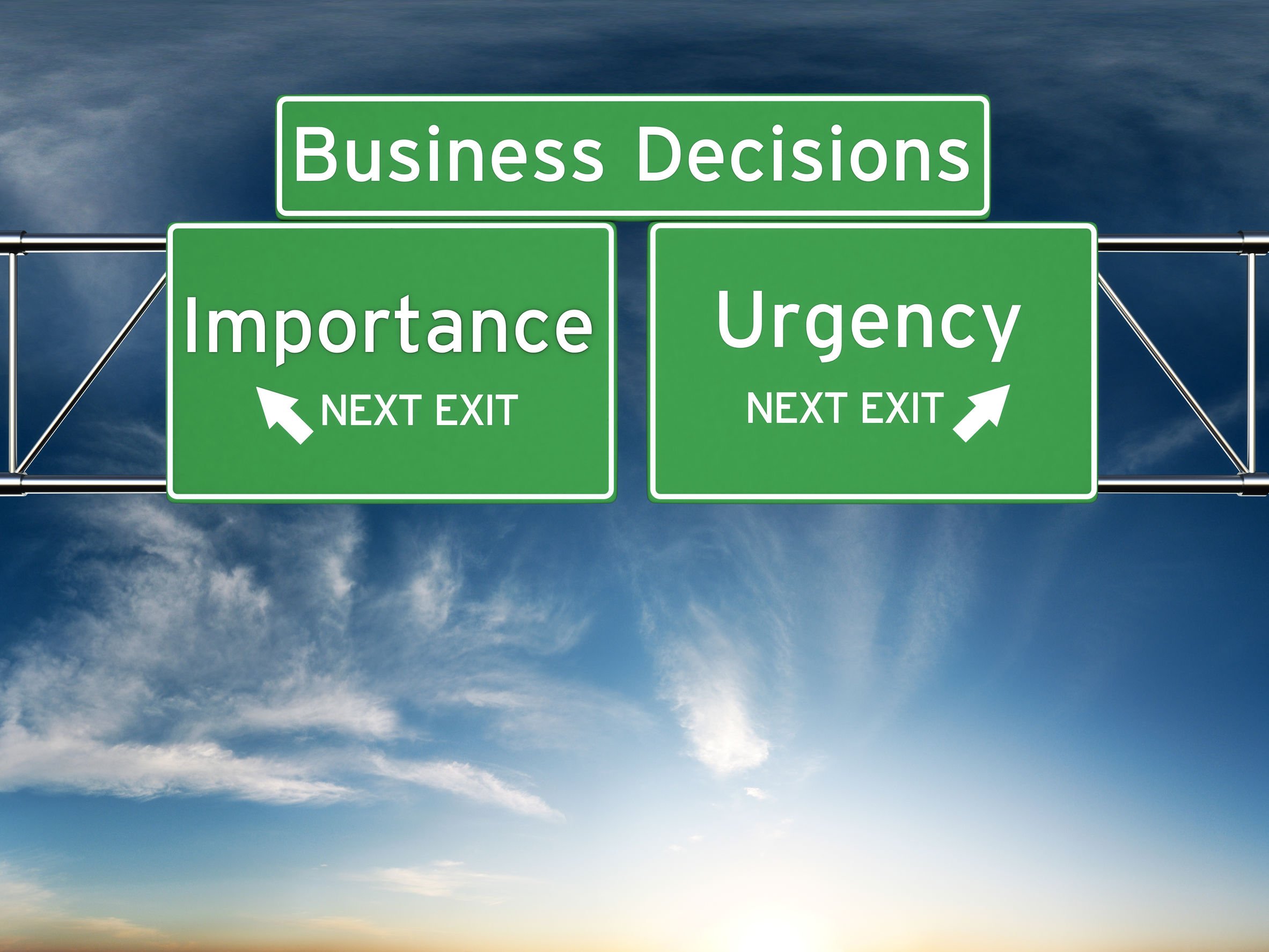 We shouldn't discuss that time you were in a meeting when, without warning, you had about 10 seconds to get yourself to the nearest restroom or you would need to drive home for a wardrobe change.  Fortunately, you were able to gracefully excuse yourself and run down the hall as fast as you possibly could.  THAT is urgency!

This is the fourth installment in the Bob Chronicles.  Bob is the weak salesperson who represents the bottom 50% of all salespeople. You can read previous installments about Bob below:

The $225,000 Mistake That Most Salespeople Make

You're probably wondering, what did Bob screw up this time?  He screwed up urgency.  You might be asking how a salesperson could possibly screw up urgency but Bob and the rest of the weak salespeople screw up just about everything else so why not urgency too?

As usual, Bob was unaware that Mary, his prospect, was also talking with three other companies.  Mary asked for a proposal and Bob obliged, coming in well over the agreed upon budget and upsetting her in the process.  Mary reminded Bob that the proposal was nearly 25% higher than the budget they had all agreed to.  She asked Bob to stay within the budget and send a revised proposal.  Did Bob follow up appropriately?  No!

A couple of months had passed when Mary notified Bob that they were going with another company.  Bob was crazed and in a panic.  He reached out to Mary and requested a call.  She said she was sorry but had already made her decision.  Bob requested a call again and was told that she had signed a contract with another company.  In the middle of an acute panic attack, Bob decided to send a revised proposal and discounted the original offer by 35%.  Once again, Mary said, "This is too late - we already signed with another company."  Bob said, "But I offered you a 35% discount - that's even better than what you budgeted for!"  Mary disconnected the phone.

This is all about urgency.

Mary had a lot more urgency than Bob was aware of because Bob didn't ask the most important questions, like, "How big is the problem?" and "What is it costing?" and "How soon do you need it solved?" and "What happens if you don't have it solved by then?" and "Who else have you asked about this?"

Bob had a ton of urgency, but not until he realized he had lost the business.  If he had exhibited half the urgency earlier in the process, while uncovering Mary's urgency, their urgency would have been aligned.  Urgency alignment is crucial.

Finally, why did this happen?

Early in the process, Bob didn't listen, didn't ask enough questions and didn't push back on the budget.  By failing to push back, Mary believed that Bob would deliver a needs and cost appropriate solution. Then, when Mary pushed back, Bob was unresponsive.  These two events suggest that Bob wasn't controlling his Emotions and Needed to be Liked.  Those two weaknesses combine to make it difficult to listen, and too uncomfortable for him to push back and ask questions.  As you can see from the table below, the bottom 50% of all salespeople tend to be especially weak in both of these Sales DNA competencies. 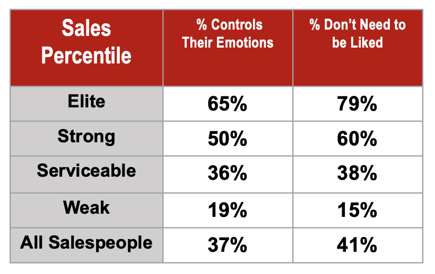 When things spiraled out of control, Bob's emotions caused him to panic.  His non-supportive beliefs about pricing kicked in Bob always looks for the lowest price when he buys things for himself. Despite being too late to influence the decision, Bob believed that if he came back with an attractive offer, it would change the outcome.  As you can see in the table below, 26% of weak salespeople need to shop for the lowest price and they mistakenly believe that their prospects behave similarly. 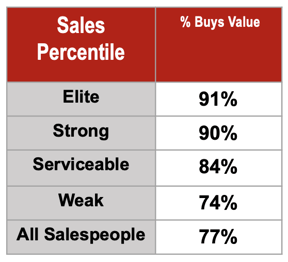 There is so much more that goes into selling than following your sales process and having sales strategies and techniques.  There are 21 Sales Core Competencies and salespeople must be strong in all of them, not just some of them.  You can see all 21 Sales Core Competencies here and while you're there, view, filter and sort the data on nearly a third of the 2,091,766 salespeople that have been evaluated and assessed by Objective Management Group (OMG). If you want an easy-to-use, accurate and predictive sales candidate assessment to select and hire your new salespeople, check out OMG's award-winning sales candidate assessments here.