This article was originally going to be just a single paragraph,  but it took on a life of its own as I wrote it.  I believe that amplifies the significance of this topic. 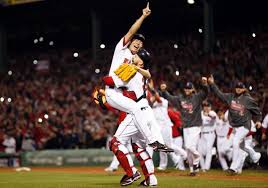 We saw it for the first time in October when the overachieving Boston Red Sox beat the talented Detroit Tigers for Baseball's American League Championship.  Then those same Red Sox topped a great St. Louis Cardinals team to win the World Series.  The most impressive element of the 2013 Red Sox is that what they lacked in talent, they made up for in chemistry, character, work ethic, intensity, commitment, and a rallying cry.  Those elements led to a unique culture of togetherness and a true desire to pull for each other.  They were not an untalented team; they just weren't the most talented team.

The Seattle Seahawks story is not significantly different from the Red Sox.  Their Super Bowl winning team was comprised of the same type of chemistry and character that led the Red Sox to the world championship of baseball.  Is character a substitute for talent?  Not at all.  But when you combine a strong dose of talent with a strong dose of the right character, it makes all the difference in the world.

With selling being such an individual sport, can any of this character and culture stuff be applied to a sales force?  Let's discuss it and figure it out.

If every salesperson is aligned around your rallying cry - the why we're all doing this - and they all pull for each other instead of competing with each other, you can get your talented salespeople to overachieve.  Of course, that is much easier said than done.

Let's discuss the rallying cry.  Every April, the state of Massachusetts celebrates Patriots Day and there are two special events.  The Red Sox always play a special 11 AM game while marathoners compete in the annual running of the Boston Marathon.  As you know, in 2013, tragedy struck when the Marathon was disrupted and people were injured and killed by what is now known as the Marathon Bombing.  There was a heartfelt and immediate response by the Red Sox players as people from around the world watched the events play out on live television. 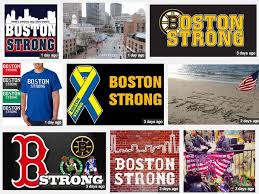 "Boston Strong" became the rallying cry of the Red Sox.  David Ortiz, their biggest star, addressed the crowd and on live television, famously said, "This is our f---ing city."  Even the FCC didn't mess up that moment, deciding not to assess a fine on Ortiz, the Red Sox, or NESN, the sports network that broadcasts Red Sox games, for his use of the F-Bomb on live television.

But make no mistake.  Those two statements - Boston Strong, and This is Our F____ing City - became the rallying cry around which the entire team aligned and that evening, they committed to bring the World Series championship to Boston. They pushed each other.  They pulled for each other.  They found a way.  They achieved.  They overachieved.  They persevered.  They did it.  They won.

How would things change if you could come up with something bigger and more important than money, sales, profits, commissions, metrics and personal achievement?  How would things change if there was something bigger and better than you and me and them?  How would their approach change?  What would happen to their sense of urgency?  When it's bigger than the one and the all, how important would it be for everyone to succeed? 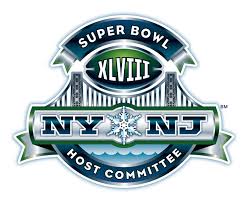 I haven't written too much about incentives and contests, although I have some strong opinions.  I'll share those opinions in my next article.  But a rallying cry, that could be bigger than everyone, could be an event, location or thing where if the team succeeds, everyone on the team participates and celebrates.  "New Jersey" was a rallying cry of the Seattle Seahawks. Russell Wilson, their Quarterback, got the entire team aligned around, "Why not us?"  If the team achieves its goal, everyone on the team goes to New Jersey and competes, as a team, in the Super Bowl. 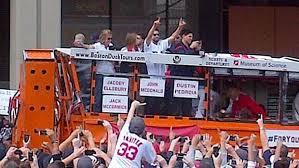 In addition to the team's World Series trophy and the player's share of the World Series money, there is one additional reward for winning the World Series in Boston.  The Red Sox and their families are paraded through Boston and into the Charles River on Duck Boats.  A third rallying cry for the 2013 Red Sox team was "The Parade" and "Duck Boats."  After the parade, pitcher Jake Peavy went so far as to purchase the Duck Boat in which he and his family rode.