Why Some Great Salespeople Produce and Others Don't 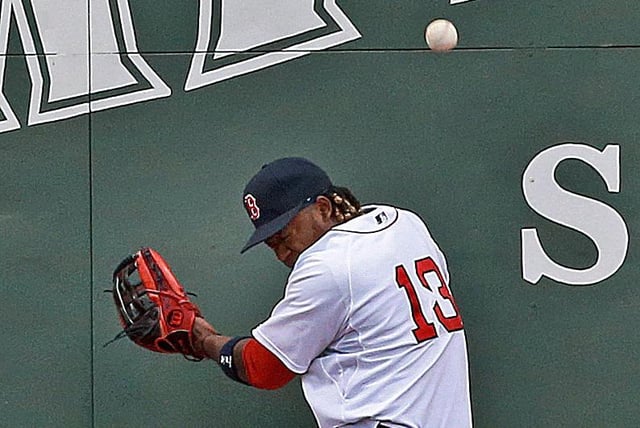 Earlier this week I wrote an article on how to get sales selection right. Once and for all. Forever. If you didn't read it, please give that a quick read before reading this article because I used the earlier article as a starting point for this one.

Earlier today, I was talking with someone who wanted his farmers - salespeople who are assigned to a single enterprise account - to hunt. His idea is to take existing salespeople and have them bring on new accounts instead of hiring additional salespeople to do that. There are certainly pros and cons to that, but do you think it will work? What would it take? What are the chances? If it works, can it be replicated? Let's take an inside look at the factors, chances and reasons, shall we?

Let's use a sports example for this:

Last winter, the Boston Red Sox signed Hanley Ramirez, an all-star shortstop in the National League his entire career, and decided that at age 30, he could learn to play left field. Okay, you're tired of baseball examples, so how about an example from basketball, football and soccer?

Do you suppose that in basketball, a great point guard, like Stephen Curry, could play center? He's not tall enough - it's not in his basketball DNA.

Do you supposed that in football, a great quarterback, like Peyton Manning, could play left tackle? He's not heavy enough - it's not in his football DNA.

And why in the world would you take a player who is great at what he does, only to move him to a position that he is unfamiliar with and unprepared to play?

OK, how about a soccer example? My soccer friends are getting excited now...just one problem...I don't know enough about soccer to even create an example, even though I am certain that there are probably many. (I'm sure that one of my regular readers, Ray Bigger, a former soccer referee, will comment...Ray?)

So, returning to baseball, how do you suppose Hanley Ramirez has performed in left field for the Boston Red Sox this year? Well, one third of the way through the 2015 season, he is on pace to save the Red Sox minus 42 runs, which will be more runs lost than the 39 home runs he is on track to hit this year. According to the same website, he is worth minus $4.8 million, or $26.8 million less than the $22 million he is to be paid this year. So, can this all star, who was at best a mediocre shortstop, play left field? He can certainly be placed in that role, but he is a major under performer as a left fielder.

Back to our sales farmers. Can they achieve success as hunters? Is it in their Sales DNA? Can a good salesperson adapt?

I am 100% certain that good salespeople who are in farming roles could be as effective at hunting as Hanley has been in left field.

They don't have it in their sales DNA, and if they wanted to hunt (a far more lucrative role than farming), they wouldn't have signed up for a farming position!

Salespeople can be trained and coached (at least most of them), but overcoming the limitations of their Sales DNA is much more difficult. When it comes to hunting, there are several strands of Sales DNA that will determine whether a salesperson WILL hunt, and several skills that determine whether or not they will be effective. Together, those attributes make up the Hunter Competency.

Assuming that a salesperson is both trainable and coachable, any of these four weaknesses are difficult to overcome:

When a salesperson is untrainable, uncoachable, or has two, three, or all four of those weaknesses, the difficult simply becomes impossible.

Every day, I wish that my gray Lexus GX460 SUV will handle and look like a red sports car. It's not in the car's DNA. Just because you can wish for something, doesn't always mean that it is possible.

Yesterday, I posted this article about why sales cold calling is so bad.  One of my readers asked what I would recommend to make the calls more effective.  I've written a lot of articles about cold calling more effectively, so I have linked to fourteen of those articles below.

A new book on sales, How to Close Deals Like Warren Buffett, was launched today.  Highly successful dealmakers themselves, authors Tom Searcy and Henry DeVries, have been studying Buffett’s unique approach for many years. Now they reveal the deal-making secrets of the Oracle of Omaha including 101 top deal-making maxims from a legend in his own time.

They round it all out with an abundance of their own experience – approaches that, added up, have generated billions of dollars in new sales.  When you order today (and today only), you’ll get more than $300 in game-changing bonus material from some of America’s TOP business authors (I’m honored to be one of them).

As long as we are talking about books on selling, these are links to articles on my Baseline Selling site which provide instructions for making more effective cold calls :

Getting Your Prospects' Attention

Overcoming Negative or No Response

What it Takes to Get Appointments Scheduled

Getting Your Calls Returned

These blog links are to articles right here about cold calling:

Are Your People Still Cold Calling? The Ugly Truth

Best and Worst Cold Call in a Single Call