Why Half of the Sales Force Resigned This Month 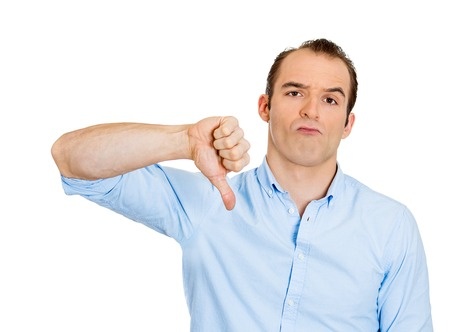 Half of the company's 20 salespeople have left voluntarily in just the last month and the CEO wants to know why everyone is resigning.  He wants Jeff, his sales manager, coached up and needs to recruit replacements.  He has tremendous urgency to get this moving and believes that Objective Management Group's (OMG) Sales Candidate Assessment will help him select good salespeople that will stick around.  But there is a hidden problem that the CEO is unaware of and even the most accurate and predictive sales candidate assessment on the planet - ours - won't overcome the issue.  It's worse than you can imagine!  It turns out that the sales manager is causing everyone to leave.

OMG had conducted a sales force evaluation a month earlier and the following issues were among dozens attributed to Jeff:

Any one or two of these findings alone would not be the end of the world, but when one sales manager has all 7, you realize that Jeff is hated!  That's why the salespeople are leaving - and fast.

So here is the question.  Do you urgently work to train and coach Jeff before he blows up the rest of the team or do you find a replacement for Jeff?

Of course, it depends on the rest of the team, but in my experience, it would be crucial to eliminate Jeff from the equation and look for a replacement at the same time that you are replacing the salespeople that have already departed.  If you were to retain Jeff, and make the faulty assumption that Jeff could be fixed, you could lose the rest of the team while you are doing repairs and run the risk that he would alientate the sales candidates that are interviewing for the available jobs.  If your company is big enough and the community is small enough, word could easily get out that your company is not a very good place to work, making it difficult to attract good salespeople for years to come.

The bigger question is, how was the CEO so completely unaware of Jeff's failings and the salespeople's immense dislike for him?

The combination of a hands-off CEO (as in unapproachable) and a powerful (remember the accountability skill set) sales manager create the perfect storm for a scenario like this.  It's crucial for CEOs to be visible, approachable, involved and committed to the success of the sales force and clearly, that was not evident at this company.

Sales Managers often fail to have the desired impact on the sales force.  In most cases, they have not been trained or coached to lead a sales force, rarely understand what is expected of them, lack the skills to effectively perform in the role, and don't have a clue how to get people to follow them, perform for them or grow.

If you are a sales manager, did you get the equivalent of four years of college to prepare you for your role?  If you are a Sales Director or VP with sales managers reporting to you, did you provide them with that kind of training and development?  If you are a CEO, do you have people in sales management roles who have not been adequately trained to have an impact?

I'll be hosting my annual, top-rated, Sales Leadership Intensive on August 27-28, 2015 in the Boston area.  Click here for more details.  It would be very cool to have you and/or your people there!