Taking Your Prospecting to the Next Level 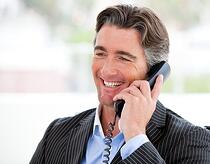 Do you ever wonder how selling evolved to where it is today?  Do you ever think about how salespeople sold in the old, old days?  All sales calls were face-to-face (no phones) and the sellers traveled by horse, canoe, boat, and later, ship.  That doesn't sound like it was efficient - or fun.  Over time, selling and our options for connecting with potential customers, moved to a new level.

Five important inventions were huge aids to selling - and they're not what you think they are:

Think about how difficult it must have been before those five things came along!  How long do you think they were in place before people viewed them as ways to advance selling?  Remember that until we had dependable mail, companies could not mass market.  Years ago, much of the mass marketing that didn't appear in newspapers and magazines was in the form of direct-mail campaigns.

Then, in the mid 1980's, the invention that would bring prospecting to the next level came along.  The Fax Machine provided us with a way for one to reach many, without paying for postage.  People were using the PC at that time, but not for the things we use them for today.  Back then, a PC's primary use was for spreadsheets and word processing.  Mainstream email, web and internet marketing didn't begin to take form until the late 90's.

Four recent innovations have further improved our ability to connect:

Those four technologies have changed the face of my businesses.  At one time, I lived in airports and hotels, but I travel far less today.

We take today's technology and selling tools for granted.  They provide us with so many more options.  Now that we have these tools at our disposal, how can we use them to take your prospecting to the next level?

When you attempt to connect over the social networks, email and by phone, are your attempts all the same or do you customize them?  Customization takes more work and preparation.  You must convert your one-to-many approach to a one-to-one approach.

I've written a lot about how to make calls and emails sound better, but here's an approach we haven't discussed often.  Everyone has potential customers with whom they just haven't been able to gain traction.  There may have been a first conversation or email, but it didn't go far enough.  What have you done to get those opportunities back on track?  Do you have a powerful and effective call or email to figure out what's going on and/or how to get a prospect who has gone missing refocused?

I don't have much time to devote to business development.  I pass most leads to my team.  I usually contact only those who are referred to me by my own clients, as well as some of those who write to me.  Because I have so little time, it's not unusual for a potential opportunity to fall through the cracks.  The other day, I sent an email to 14 people.  They were all prospects from the past 2 years who had flown off the radar, went silent or gone missing.

The next morning, I had already heard back from 8 of them.  3 of them are on the west coast and have not seen it yet.  Even so, that's a 57% response rate from people who had not responded to my infrequent attempts to connect with them over the past 2 years.  That's what I mean by an example of taking your prospecting to the next level.

What was this mystery email?  Why did it work so well?  What compelled people to respond to it? 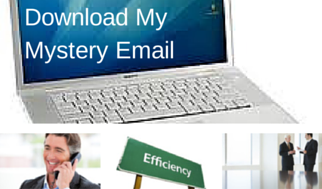 Colleen Francis' new book, Nonstop Sales Boom has some powerful strategies to drive consistent growth through prospecting efforts.  You should check it out.
8 Comments Click here to read/write comments