Should a Salesperson be Punished after a Huge Sale? 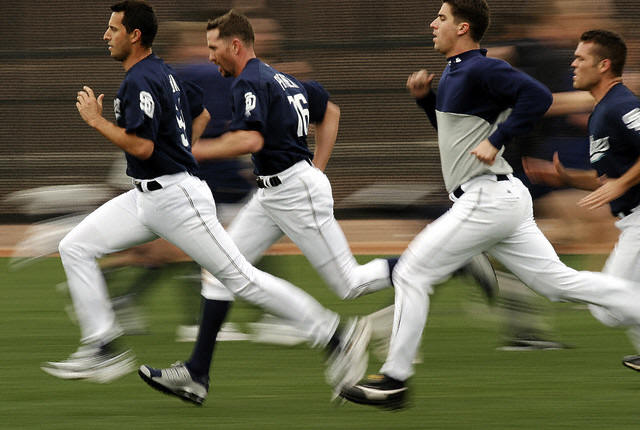 My wife and I watched with a combination of fascination, sadness and shock as the coach of our son's 12 and under AAU baseball team made them run suicides after the double header they won on Saturday, and again after the double header they won on Sunday.  Why would he punish them after winning four games this weekend?  And how does this apply to sales?  You'll be amazed by what you read.On Saturday, the team had a chance to win both games by the mercy rule (the game ends if one team is ahead by 10 runs or more after 4 innings), but let the other team back into the game both times.  The coach didn't like their effort and execution and taught them a lesson by making them run suicides for 20 minutes after the second game.

On Sunday, the team won the first game, but allowed the other team to tie the second game forcing extra innings.  They eventually had a walk-off win, but once again, he thought they were flat, didn't like their effort, pointed to mental mistakes, and made them run suicides for 30 minutes after the second game.

As his parents, this punishment overshadowed a very impressive ball-crushing performance by our son.  But for the coach, the team's performance comes first.  The coach is paying more attention to behavior, attitude, and effort, than he is to the score.  He believes that by focusing on these three things, he will drive home the lessons he wants them to learn from this.

Shouldn't sales leaders be applying these lessons with their sales organizations?  While the best sales leaders do, in fact, follow this strategy, many sales leaders pay too much attention to sales results - the numbers - while ignoring the significance of metrics and conversion ratios that lead to revenue.

For example, Bob leads the team in sales this quarter with $500,000 in sales and he is praised, recognized, and presented with an award for his outstanding performance.  But it's a sham.  Bob landed one deal the entire quarter instead of the 6 he should have closed.  Although his quota for the quarter was only $300,000 and he killed it, if this deal hadn't come through, he would have been dead last.  Additionally, this deal was forecast for the previous quarter, so he really had nothing going on this quarter.  Had sales management looked more closely, they would have seen that he did not add any new opportunities to the pipeline in the quarter, and had only 6 conversations on just 12 outbound attempts.  Where was his effort?  What's with his attitude?  And where was the behavior?  Should Bob have been the hero or should it have been pointed out that he sucked all quarter and happened to get lucky once?

Clearly, it benefits the entire sales organization to call attention to a big deal and a quota-buster.  We want to make sure that everyone knows that these results can be achieved and should be achieved.  At the same time, if the other salespeople approach Bob and ask how he did it, the opposite effect will occur.  They would learn that it is OK not to make calls, not to have many conversations, and not to convert those conversations to meetings.  Additionally, they would learn that ineffective qualifying and forecasting can pay off, and letting prospects off the hook, not closing the door, and being passive and mentally lazy can work as well.

The scenario with the Bobs of the world is no different than what happened last weekend with the baseball coach.  We can't reward results unless the attitude, effort and execution that led to the results was consistent with those results.  In addition, we shouldn't punish salespeople who put forth the proper effort, attitude, behaviors and execution, only to come up short.  When we identify the most meaningful KPI's, and recognize salespeople for achieving those, the results will come.

[Update - Stick around and read the comments to this article, add one of your own, share it on LInkedIn or Twitter (buttons above the photo) and read this follow-up article.]

Good News About the Economy Positively Impacts the Sales Force

I often get to see things six to twelve months before they happen.  When manufacturing placed projects and orders on hold as they did last October, it's easy to predict that it will trickle down and impact everyone else over the next six months.

The word from clients so far this week is that manufacturers are taking projects off of hold and releasing money - even in the automotive industry!  That too will trickle down and impact everyone else over the next six months.

Today I also heard from a client whose house sold in just one day.

Housing and automotive - positive signs from both camps - truly good news for everyone.

It makes your salespeople feel better, it gives them hope, and in turn it makes them work with more confidence.  When they are out there giving it their all, not letting the resistance get to them. following the sales process, using appropriate strategies and tactics, not accepting the first stall, put-off, objection or rejection that comes their way, you have a much better chance that your struggling sales force will generate some much needed revenue.

Haven't heard any good signs in your own industry yet?  Make some calls and talk with some people until you find even one example.  Then spread the good word to all of your salespeople and let them in on the win - even if it wasn't a win for your own company.

Getting Excited About Sales Metrics

As we encourage our clients to do each day, both of my companies have daily huddles for their salespeople.  The purpose of the daily huddle is to keep everyone focused on the measurable activities that drive results.

During the last couple of weeks, I've had our six-year old son in the car for about 6 of these conference calls and it only took one huddle to get him hooked.  He wants to report his numbers - and he has them ready - each time he's with me.  It makes him proud to participate and he wants to report numbers that are better than theirs.

I get a lot of push back from clients when it's time to implement the daily huddles.  They don't think it's necessary.  It will take too much time.  It's too much of a burden. It's redundant.  Yeah, right.

It only takes about two weeks until even the most resistant clients figure out that they not only have more control over their future revenue than ever before, but their salespeople are more productive than ever before too.

The thing about our son?  If you're a regular reader of this blog then you know I've written nearly twenty articles that have a Salespeople are Like Children Theme and this one is no different.  Your new salespeople will be just as excited about being part of that huddle as our son.  Your veteran people will like the boundaries, expectations, attention, peer pressure and relentless focus on doing what's important to drive sales - every single day.  Why? It's good for them and when it's good for them they'll make more money.