Yesterday, I spoke at the Sales 2.0 Conference in Philadelphia.  More about that in a minute.  First, I would like to relate a story about the taxi ride from the airport to the Ritz Carlton.  No, the driver wasn't a maniac.  No, the ride didn't take hours.  And no, it was not eventful.  What was interesting though, was the driver's approach.

In my experience, there have always been two kinds of taxi drivers. The first asks how long I'm planning to stay and when they learn I'm flying back out the same day, they offer to pick me up for the return trip to the airport.  This is the taxi-driver version of an account manager.

The second type ignores me, talks on his phone, gets me where I'm going and looks for his next fare.  A hunter.  Purely transactional.  Just like a salesperson who knocks on doors.

But yesterday, I met a third type.  He was a type 2, but with time management skills.  He was driving me on a flat fare and he leveraged that quite well.  Long before we reached the hotel, he asked how I would be paying and activated the payment screen so that I could pay by credit card and sign the receipt.  Then, instead of going around the block so that he could deliver me to the main entrance, he suggested that I could save 5 minutes by getting out across the street from the hotel.  He then sped ahead to another hotel where he could be first in line.  He was an optimized, opportunist hunter!

Speaking of hunting and Pennsylvania, last weekend we were dining in an historic Salem MA hotel where the framed pieces on the wall were not so much art, but more history of how the hotel came to be.  It was fascinating!  Apparently, back in the 1920's, the Salem Chamber of Commerce recruited dozens of business leaders to raise $500,000 in one week for the construction of the hotel.  They also hired a Harrisburg-based (there's the PA connection) sales training company to train the businessmen (they were all men in the 1920's) how to sell and then tracked their sales by the day, posting the results on a large billboard in front of the town hall.  In the 60's and 70's, we would have probably called this a sales blitz, where everyone is singularly-focused on finding new sales.  Of course today, some companies have lead generation or appointment setting teams that turn the blitz into a full-time operation.  But, if you have a smaller company or a business without a full-time lead generating team, there's nothing at all wrong with taking a concept from days gone by and repurposing it... 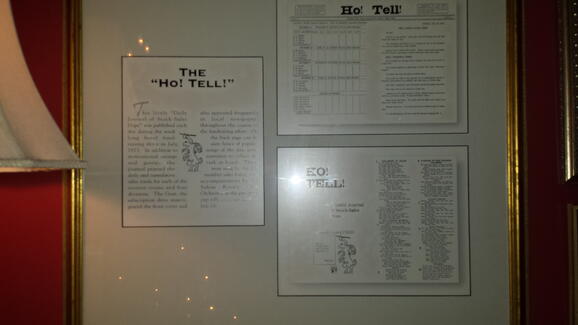 ...Back to Philadelphia and the Sales 2.0 Conference.

In between sessions, I had a nice conversation with S. Anthony Iannorino, one of the top sales thought leaders in our space, and the author of The Sales Blog.  It was terrific to share our common beliefs and alignment on sales process.  We both believe that it all starts with sales process and that most companies, despite thinking that they have a sales process, have one that sucks.  Objective Management Group's (OMG) data shows that 91% of all salespeople are not following an effective process, so that supports the belief that the processes either don't exist, are completely ineffective, or that salespeople have not bought into them.  None of the 3 scenarios are acceptable, so you must address the sales process problem which, along with ineffective sales coaching, are the two single biggest reasons why sales cycles are getting longer and win rates are going down.

Finally, here's a nice comment from my session, "What to Ask Yourself to Determine Whether Your Sales Force Needs to Undergo a Sales Transformation":

"What a great talk at the Sales 2.0 conference today. You absolutely hit the nail on the head of all the things we need to be thinking about, and I particularly loved what you said about coaching needing to happen as 50% of the sales manager's job - yes!! Here's to a world with better sales processes, good-fit people and intelligent use of the tools available to us."

Join the discussion.  Email recipients, please click the link to the article and tell everyone what's on your mind!