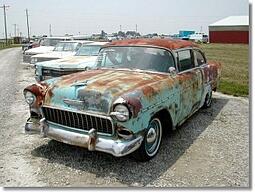 Over the years, you have worked with many salespeople and oftentimes their success, or lack thereof, didn't correlate as much to their skills as it did to their Desire or Motivation for sales success.  Desire is how badly one wants to succeed, and Motivation is what drives them to success.  I've written many articles about Sales Motivation, but let's take a slightly different path today.

What is actually behind sales motivation?

I conducted an informal analysis of the dozens of salespeople, who I have known really well over the past three decades, and when I whittled them down to the ten most successful salespeople I have ever known, a factor which I had not previously considered came into play.

All ten appear to be very money-motivated, but money-motivation was the effect, not the cause.  In these cases, it was their spouses who drove their motivation for money!  That's right.  Whether they were earning $100,000 or $1,000,000 annually, whether they had one home or more, whether they had 2 cars or more, their spouses were never quite finished with homes, decorating, landscaping, boats, vacations, parties, cars, philanthropy, wardrobes, private schools, summer camps, swimming pools, theater, restaurants and country clubs.  Their spouses were so good at maintaining the pressure on these salespeople that their sales managers never had to.

You can't legally ask about marital status during an interview, but you can ask about what a salesperson is working toward - their purpose - what they need to earn and how they would use those earnings.  If you happen to learn about a very ambitious spouse, who wants more and more of what they already have, urge the candidate to talk more about it.  If their spouse turns out to be someone who does for a salesperson what pressure does for water and what wind does for a sail, you may have found exactly what you may not have been looking!

Think about your most successful and unsuccessful salespeople.

Do the ambitious spouses play a role in the success of your best people?

Do your struggling salespeople have spouses who are not as ambitious, who don't pressure them enough to make a difference?

We would love to hear your experiences!  Please comment on this subject.