Best Way to Sell and/or Manage a Sales Force? 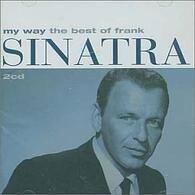 The biggest issue affecting salespeople, sales managers, sales leaders and even Presidents and CEO's is this:  For most of them, the way they know, the way they do it today, the way they have always done it, is the "best way".  They simply don't know what they don't know.  Of course, some are worse than that.  They know that they know it all.

It's a lot like our eyesight.  Most people don't realize that they need glasses until they can't see anything clearly, and by then, they seriously need a prescription.  After all, they thought that their eyesight was every bit as good as it was yesterday...

This doesn't apply to you.  If it did, you wouldn't be reading this article.  But it does apply to 74% of all salespeople and 82% of all sales managers.

What are they missing out on?  Aside from the best way to manage or sell, it boils down to:

What do they get to keep?  All of it.  Including:

One of the symptoms of this problem is the wonderfully suspicious plan for 2013.  Ready for this?

Me:  How much do you need to grow this year?

Them: Our plan for 2013 is to maintain revenue where it is.

Really?  That's a plan?  Very strategic if you ask me.  And what happens if you fall short of zero growth?  When you aren't taking business away from your competition, doesn't that empower them?  When salespeople aren't increasing sales and commissions, don't they become discouraged?  Even if the industry is shrinking, maintaining revenue isn't exactly a win.  How did everyone feel in 2009 when revenue tanked?  Can you imagine how much a company's revenue would have slipped that year if the plan was for zero growth?  Yikes!

I promise that you won't hear my Boston Red Sox, who in 2012 had the worst year since I was 10 years-old, say that they would like to maintain their current performance...

For those who don't know what they don't know, or who don't know why they aren't growing more quickly, a sales force evaluation will do the trick.  Then they'll be almost as smart as the people who know that they "know it all"!