7 Reasons Why Prospects Go Cold and How to Avoid it 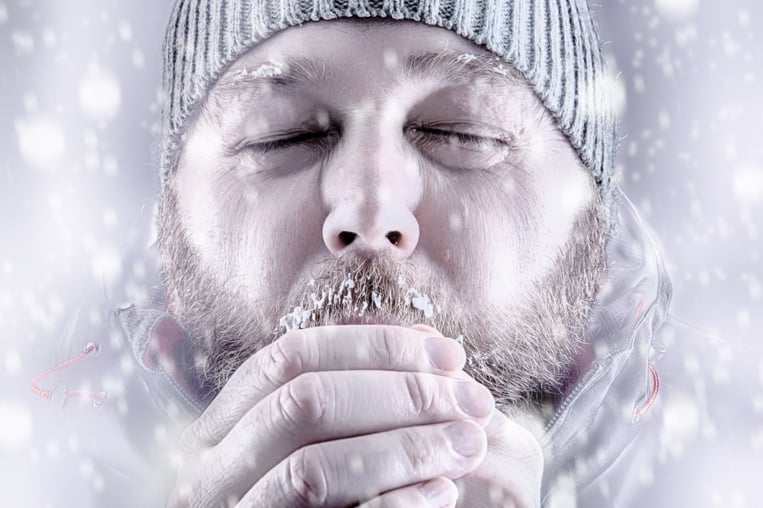 Outside of Boston, today is the day after the blizzard of 2018, it's a winter wonderland, and the deep freeze we have been experiencing is expected to get worse, with extended periods of sub-zero temperatures and wind chills approaching -30 degrees Fahrenheit.  What does that have to do with selling?  Plenty!

One of the biggest frustrations that salespeople and their sales leaders have is when good prospects go cold.  These include prospects that were projected to close soon yet, they aren't returning calls, emails, inmails or overnight deliveries.  Not only have the prospects gone cold; the salespeople have been frozen out.  But it's more like the weather than the two scenarios sharing common words.

I finished reading Dan Brown's new book, Origins.  I think it's his best work since The DaVinci Code although I did correctly guess the ending...  Anyway, at one point they are reading the Roman Numerals XI + I and coming up with an answer of 12.  12 was not the answer required to decode the matter at hand.  Professor Langdon, the main character, changes his perspective.  He rotates the equation by 180 degrees, turning it upside down until the equation becomes I + IX.  The new answer is 10, exactly what they needed.

If you change your perspective about prospects going cold, you might discover that you caused them to go cold, rather than the myriad of other possibilities.  I'll explain.

The deep freeze didn't just suddenly arrive last week.  The weather has been working up to this since temperatures began to drop in mid November.  It's been getting cooler and cooler and then colder and colder until now.  There is a lead-up to the freeze and if we take a step back, it happens nearly every year around this time.

Your prospects don't suddenly go cold either.  There are signs.

In half of the cases the salespeople had developed a case of happy ears earlier in the sales process and their belief that the prospects were interested or warm or even hot was entirely imagined.  Their prospects didn't go cold as much as they were already cold and couldn't find another way to tell the salesperson to go away!

In some instances, the prospects were actually hot but the salespeople complicated things and didn't get out of the way enough to allow their prospects buy.  The prospects became frustrated with their inept salespeople, bought from someone who could quickly help them, and didn't talk to the original salesperson again.

If you are wondering why salespeople find themselves in these scenarios so frequently you don't have to look any further than these 5 Sales Core Competencies:

There are 21 Sales Core Competencies in total and while they all play some part in the freeze, these five take center stage.

If you are a sales leader, one thing you can do to address this issue is to hire stronger salespeople who won't find themselves in the deep freeze.  It begins with an accurate and predictive sales candidate assessment.

What can you improve upon to eliminate most instances of the deep freeze?  And equally important, if your prospect returns from the deep freeze, will you know why and will you do the right thing?  Read Part 2 here.

Here are the 10 most common things that your salespeople will do when they aren't managed effectively, or, in many cases, when they are only managed on an as needed basis.

How many of these 10 do you observe on your sales force?

We observe most of these - and more - when we begin working with companies.  The scenario that never ceases to amaze me though, is all of the veteran salespeople who put the following challenge on the top of their "I need help" list:

"Getting prospects to return my phone calls"

On the one hand, of course, I'll always help.

On the other hand, I'm thinking, "Are you kidding me?  Of all the things we could help you with, you want help getting phone calls returned?  How lame!  And how long have you been selling?"

It's just one more example of just how much selling has changed in the last five years while most salespeople haven't adapted to the change.  Most are still selling exactly as they were five and ten years ago, with the exception that they are relying more and more on email instead of the phone.  I've said it before and I'll say it again.  Email is great.  But you can't have a real-time, meaningful conversation, with both parties understanding each other, via email.