Red Sox and the Sales Force - Winning and Losing is Contagious 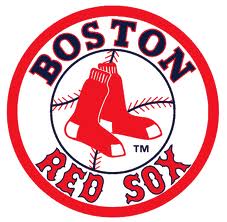 The Red Sox began the 2011 baseball season by losing 10 of their first 12 games.  So what?  Before the season began most experts predicted that the 2011 Red Sox could be the best team ever!  Yet despite all of their star power, they just couldn't seem to win during those first two weeks of April.  Losing is contagious.

And then they turned it around and it only took one team win to do that.  They proceeded to win so many games during May through August that they were the best team in baseball for those 4 months. Winning is contagious.

Then came September.  I think they won something like 5 games this month while dropping around 15.  They are playing badly, performing badly, and losing badly as a team. It has been embarrassingly bad. Losing is contagious.

"We are doing this, it is working, we can see the difference between the winners and the wannabes (won-a-bees), and if you aren't one of the wannabes very soon you'll be on the street looking for a new position."

Of course you can coach, train and develop SOME of the wannabes, but only if they are Committed, Motivated wannabes, that you can hold accountable.

Either way, winning is contageous  and you must do everything in your power to create a winning environment where success is expected and anything less is not acceptable.

Al Turrisi was kind enough to give me a book called the Power of the Kabbalah.  Its ancient scrolls originated around 4,000 years ago, inspired The Secret and predates Moses and the Bible!  Since this book is not the Kabbalah itself, rather a Cliff Notes version, it tends to read more like a self-help book. It is far more powerful than a self-help book though as it points to a number of rules that will cause a transformation in one's life.

Seven of the desired behaviors are consistent with the philosophies in Baseline Selling - How to Become a Sales Superstar by Using What You Already Know about the Game of Baseball as well as Objective Management Group's Sales Assessments:

The importance of Desire. Read the Top 10 Factors for Salespeople to Overachieve.

It's not about you.  Over the past several months I have found myself telling an awful lot of salespeople and sales managers that it's not about them.  It's even become a finding in Objective Management Group's Sales Manager's Evaluation - The It's All About Me finding.

Need for Approval or what happens when you need people to like you.  This is the second most powerful weakness in all of selling. Here's an article about that.

Becoming Emotionally Involvedor reacting instead of proacting.This is the third most powerful weakness in all of selling. I wrote an article about this.

Resistance or the great challenge that presents itself rather than an obstacle.  I wrote a an article about this earlier this month and another one a couple of years ago.

Certainty or having faith that what you say, ask, or do will get the desired outcome.

Doing What's Uncomfortable.  I wrote an article about this a while back too.

Many of the articles I linked to were Baseline Selling Tips.  Speaking of Baseline Selling, this is the third anniversary of the publish date of the book, a good reason to reread or order it.

So in summary, simply by having your salespeople overcome their sales weaknesses, doing the very things they are uncomfortable doing, having faith in their abilities and having a strong desire for success will cause those very same people to experience life changing experiences.

This post is the sales management version of the article referenced above.

In that article, I asked sales professionals to rate themselves.

Now, use this scale to rate your sales force.

80-100% A Players - You have an over achieving sales force.  Congratulations!

Less than 30% A Players - You are working to hard, hoping for more but often getting less and your pushing the 18 wheeler up hill.  You may need to start from scratch!