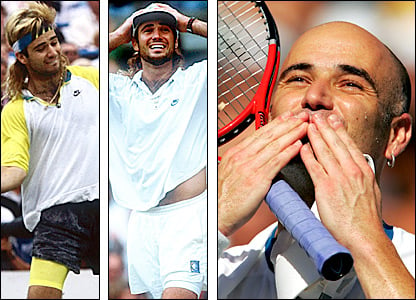 The Impact of Coaching Salespeople and Sales Managers

Yesterday I presented at the Sales EdgeOne Three-Day Sales Summit and my co-presenter, Donal Daly, cited a statistic from Gallop: Organizations that use coaches get a 26% ROI from that effort.  That statistic surprised me in two ways.  First, my experience is that the organizations that we provide coaching to perform much better than that (the quoted statistic is not 26% growth, it's 26% ROI!); and second, if more companies were aware of that statistic, they would embrace using outside coaches!

I was still thinking about that this morning. I thought back to my childhood and thought about the the coaching I had then, and later in life, and the impact it had on my success.

First there was music.  Through the years, I had a private piano teacher, 2 private trumpet teachers, and a private music teacher (all coaches). As a senior in high school, I was one of the top trumpet players in the state.  That would not have been possible without the coaching AND hours and hours of practice.

Then came baseball.  My dad got me started and taught me the basics. To become an all-star, it took two tips from my two coaches that made the difference.  Tip #1 transformed me from average fielder to an excellent third baseman.  Tip #2 morphed me from strike-out king to excellent hitter.  It was the coaching and the hours and hours of practice!

Then came tennis.  My dad got me started and taught me the basics of tennis too.  By the time I was 13, he got me a coach.  Although she was 88 years old, she was sharp as a nail, had as much energy as me and got me to the next level - good enough to get to the finals of a New England 14 & under tournament.  At 15, a much younger, wise old coach helped me develop some "touch" and add some "shots" to my repertoire.  The summer after high school, yet another coach (the tennis/goal setting story I included in Baseline Selling was about this coach and it was the most referenced story in the book) helped me develop the mental aspect of my game and that was good enough for me to enter my freshman year of college as the #2 singles player on the team.  It was the coaching and, in this case, day-long practice sessions.

Then came sales.  The music, baseball and tennis coaches conditioned me to be change ready, always strive for excellence and outperform the expectations I had for myself. I competed with me.  The sales books, tapes and videos I devoured when I was a young salesperson, the lessons I learned from my early sales managers, my own ability to improve what already exists and my ability to develop what doesn't yet exist tells the rest of the story.  It was coaching and practice.

The Sales Force Evaluations we provide are important.  So are the candidate assessments.  Systems, processes, strategies, pipeline, metrics and recruiting are important too.  But without question, the biggest impact comes from coaching. Think of sales and sales management training as opportunities to develop best practices, good habits, important competencies and a complete framework of capabilities.  Then use coaching for tips, personalized adjustments, advanced skills, and subtle tweaks that result in significant, rapid improvement and results.

PS - everything I wrote does not apply to golf (for me).