The Irony of Free Passes for Under Performing Salespeople

If you aren't aware of the crime taking place in most of America's big cities, you have either been living in a cave or experiencing willful ignorance. Most of the alleged criminals are repeat offenders and those who are arrested are usually back on the street committing additional crimes later that day due to cashless bail and the presumption of innocence.

If you think about it, and you don't have to think very long or hard, cashless bail mirrors how companies deal with under-performing salespeople who are also repeat offenders.  Let me explain.

A typical US sales team consists of 15 people, including a Sales VP, 2 Regional Sales Managers, and 12 salespeople.  Of course, there are exponentially larger and smaller sales teams, but this is the version that we most frequently encounter.  This team will have no more than 3 performing salespeople, another 3 who sometimes hit their numbers, and 6 who chronically under-perform.

Let's assume that the salespeople who are ranked 10-12 are not just under-performers, but pathetically ineffective salespeople.  At the end of the year, they receive their annual review - the equivalent of an arrest and release - and are back on the street to underperform for another year, making the company both both the victim and the enabler.  This is insanity!

While some could argue that this is happening because it is so difficult to find sales candidates and harder still to find good ones.  The argument doesn't hold up because while the current labor market is consistent with the lack of quality sales candidates, the practice of rewarding sucky salespeople with continued employment has been around as long as I have!

Three contributing factors to this practice are relationships, ego and hope.

Most sales leaders aren't comfortable terminating salespeople with whom they have developed a strong relationship.  Their ego doesn't allow them to terminate ineffective salespeople because it would be an admission of a hiring mistake and ineffective coaching.  And they hope that this will be a breakout year for these salespeople.

OMG's (Objective Management Group) Sales Team Evaluation provides leaders with science-backed data to know which under-performers can be trained and coached up, how much better they can become, what kind of help they will need to achieve those improvements, and how long it will take.  Isn't that better than hope?

While it helps to train and coach up those who can improve and identify those who can't, the other way to address this issue is to fix the sales hiring problem.  It's time to stop using gut instinct, personality assessments that weren't designed for sales, faulty sales recruiting processes, and resumes as a basis for hiring salespeople.  These practices are at best hit or miss with an emphasis on miss, and examples of ego getting in the way of methodically making good sales hiring decisions.  OMG's legendary sales candidate assessments are customizable, accurate and most importantly, predictive of sales success in the specific sales role for which the company is hiring.

Several White Papers on these topics are available as a free download here.

You can request samples here.

You can see the 21 Sales Core Competencies OMG measures here.  Each core competency has an average of 10 attributes for a total of around 200 scores/findings per salesperson.

You can request more information here.

The best investment you can make to improve sales performance is to use OMG's suite of sales team evaluations and candidate assessments.  They are the Gold Standard. 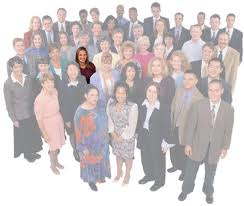 We frequently discuss reasons why salespeople fail, the differences between successful and unsuccessful salespeople, and scenarios where salespeople make good versus bad choices.  Those aren't the only topics which separate good selling from bad.  Salespeople make other decisions which impact the likelihood for success and today's article takes a look at one of those.

Targeting is a fairly simple practice, but when sales management doesn't perform this activity for their salespeople (as in, "Mary, call on these 27 accounts.") and salespeople do it themselves, it leaves plenty of room for trouble.

Take the case of the salesperson who targets hospitals, oil companies, banks and insurance agencies.  You might say, "Good for her.";  until you learn that these markets are the most difficult verticals to which one could sell and the company would rather have her call on technology, distribution, manufacturing and professional services.

How about the salesperson who chooses to call on VP's?  You might say, "Good for him."; until you learn that VP's are very resistant to the offering and that most business is conducted in the C-Suite.

There is also the case of the salesperson who calls on the right people in the right industries (so far so good), but all of the opportunities are the wrong size.  They're either larger than the company's sweet spot or they are too small (easy enough to close, but not large enough for the company to profit or the salesperson to earn sizable commissions.)

Why do salespeople make these ill-advised choices?  Here are four possible reasons:

The biggest challenge is that comfort is hidden, not communicated, and difficult to observe.  However, a sales force evaluation can successfully uncover all of their discomforts and identify opportunities to increase sales.

Everyone has salespeople like this.  The question is, can you identify them, refocus them, and help them to become more successful before having to replace them for under achieving?

What Leads to Salespeople Underperforming? 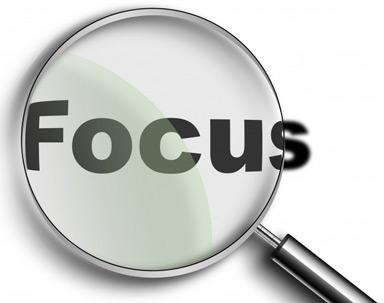 As a baseball fan, it drives me mad when underperforming players don't play because of one nagging injury after another.  It makes me wonder whether their injuries are causing them to underperform or their "injuries" are convenient excuses for their lack of performance.  We usually don't know, but it sets up my next question.

Doesn't it drive you mad when terrific, yet underperforming salespeople, take time off for their car to be serviced, to bring their pets to the vet, to spend time with visiting family members, to work out of the house, when they feel under the weather, to meet a with a contractor, for the dentist, for their annual physical, etc?  Take a vacation - no problem - but if you're not on vacation, then work for crying out loud!

The funny thing is that your overachievers may include these same things in their very busy schedules.  The difference is that you either don't know about it, because they only spend the hour it actually takes to get it done instead of the entire day, or they don't do these things during their selling time.

Why do you suppose your underperformers are always coming up with things that cause them to take time off?  Are those distractions the very reasons why they are underperforming or are they merely symptoms of their lack of focus, discipline, commitment, or work ethic?

I know from personal experience that when I am focused on results, I never have time for golf.  Can't justify it.  However, when I have focused on golf, I didn't get the business results which I'd expected.  That's just the way it works.  People will get results, not by accident, but only when they are completely focused on the activities, behaviors, work, flow and relationships that lead to results and when they are disciplined enough to remain focused and active for as long as it takes to achieve those results.

How do you keep a salesperson focused and disciplined?  Those are the very salespeople who must be micro-managed, but don't be surprised if those same salespeople resist your efforts.  They may not want to be so focused and disciplined, meaning that you aren't on the same page.  When that's the case, it just might be time for a change of scenery.  They do that with ballplayers....