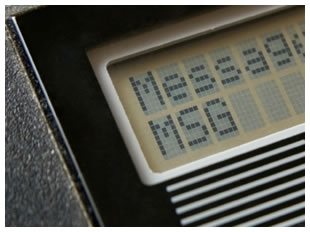 Today I received the best and worst sales cold call ever - all from the same salesperson.  It started with a voice mail where he expertly left his name, number and not much else - so I had to call him back.  Just like we teach it.  That was the good part.

I called him back - the same day - and here is the transcript:

Me: "Hi Peter, it's Dave Kurlan, returning your call."

Him: "Hi Dave.  Is this the best number to reach you at?"

Him: "Is it OK if I call you back at this number?  I'm on the road and don't have a headset right now."

So here's a salesperson, making a cold call, he gets the CEO to return his call and then won't talk with him!  Do you think he's going to get a 2nd chance?

I could have asked him what it was about, why he called, what he was selling (or buying), but he showed a lack of respect for my time.  I wasted my time returning his call.

He did call back later but he already had his chance and  I decided not to give him another one.

Your salespeople will only get a small percentage of their messages returned but for when they do, make sure they are offering their prospects value on that call.  Their messaging must be in the context of helping rather than selling and they must be able to overcome the resistance that is sure to be present with a blind returned call.

Salespeople waste a tremendous amount of time cold calling so when they actually connect with prospects it is crucial for them to be animated, positive, memorable, engaging and effective.