What Sales Managers Do That Make Them So Ineffective 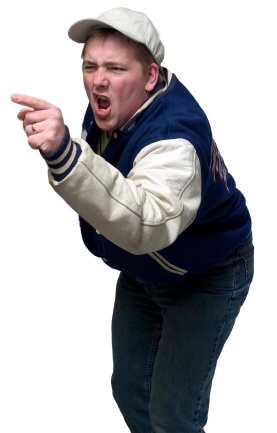 Earlier this week I wrote an article on why so many sales managers are so bad.  In today's article, I'll share what makes them so ineffective.  The easiest way to explain this is to start with a baseball analogy.

Our son, who is now 14, is a very talented baseball player.  In addition to me, he has been coached in some capacity by approximately 15 other baseball coaches with varying degrees of effectiveness.  Some were very good, and some were very bad.  Not because they were bad people, but because they simply didn't know what they didn't know.  Here is an example of a bad coach from when our son was 12 years old.  The pitcher (not our son) was not throwing strikes and had walked 3 straight batters.  The coach yelled out, "throw strikes!"  Now if these were high school kids and the pitcher was trying to be too nibble, that instruction, or just, "Pound the zone" might work.  But 12 year-olds are still learning to pitch so asking for an outcome without providing instruction isn't very helpful.  Next the coach yelled, "Fix your mechanics!"  Again, if the pitcher knew which mechanics and/or how to fix them it might be helpful but of course, he didn't.  The next thing the coached yelled was, "Make an adjustment!"  I wasn't coaching this team so there wasn't anything that I could do, but I knew what should have happened.  If the coach actually knew which mechanics needed to be adjusted he would have called time out, walked to the mound, and had a chat.  He could have shared any one of the following examples of adjustments to pitching mechanics:

And if the coach was oblivious to the mechanics, but still insisted on yelling out to his pitcher, he could have simply yelled out some encouragement! In lieu of instruction, at least encouragement will motivate, and not demotivate.  Now let's make the transition from baseball to sales management.

How many sales managers know how to actually coach their salespeople?  How many of them can debrief in such a way that they can identify exactly where a sales conversation went south?  Identify which key question didn't get asked or followed up?  Role play how the conversation should have gone?  Role play how the next conversation should sound? Identify why a prospect was stuck on price when the goal was to sell value?  Determine why the prospect lacked urgency?  Figure out why the salesperson was unable to reach the decision maker?  Understand what in the salesperson's Sales DNA interfered with executing the sales process?  Learn which skill gap was responsible for the outcome?

One of the challenges facing some companies is that many old school, veteran salespeople don't understand why they need to change their approach, change expectations or even participate in training and coaching.  With the world around them changing at breakneck speed, they appear to be blind to to it all.  Despite global competition, prospects who don't need a typical salesperson calling on them, and the need to sell value instead of price, these salespeople refuse to admit that anything has changed.  To make matters worse, their sales managers are often afraid to challenge them.  They are concerned that the salesperson's may quit if feathers are ruffled or worse, the sales manager will get terminated if a veteran salesperson complains to the C Suite.  It's an awful situation and it's made worse when weak, unqualified and ineffective sales managers are put into these roles.

We need a revolution!  I don't want to sound like Bernie but that is truly what is needed with the current state of sales management.  Will you be a leader, a follower or a resistor?