Which is Worse - The Boston Red Sox or Your Sales Team? 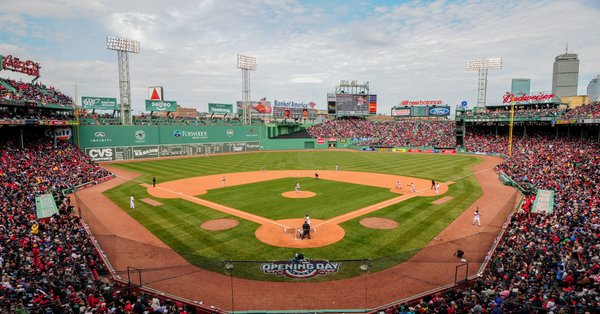 I wrote the best-seller, Baseline Selling, so it should come as no surprise that I'm a die-hard Boston Red Sox fan.  I'll be at Fenway Park for a game this week and I had some thoughts about how the Red Sox compare to many of the sales teams that get evaluated by Objective Management Group (OMG).

The Red Sox are not very good. They have become difficult to watch, and have morphed from a 2018 World Series champion, to a 2021 playoff team, and now to a last place team because their roster was so poorly constructed.  In the off-season and at the trading deadline, the Red Sox waited until the other teams made their big moves and the dust had settled. Then, from among the players that were still available (nobody wanted them), he made some bargain basement signings or traded players who will be due for big contracts and got little in return (again).  The result is a bad team with only a handful of stars and a supporting cast of broken parts, guys playing out of position, and minor leaguers filling in for injured players.  Do you know how bad a team has to be to score ten runs and still lose by five?

Most sales teams that go through the OMG evaluation process have a couple of stars but most of the salespeople are not very good (bargain basement hirings), not in an ideal role (out of position), and aren't contributing to the growth of their companies.

The construction of the Red Sox roster is simply a Stupid as Shit Strategy or SaSS. Use of the word strategy means that it's intentional and is a disservice to the word stupid!

Sales team construction usually lacks formal strategy and that suggests something accidental is at play. We tend to see the "we already had these salespeople" and then "these are the new salespeople who were willing to work for us." New is a relative term as the newest 30% of the team continues to churn when and if they find candidates.

In both examples, we have teams that appear to be underperforming when in fact, they suck because of poor selection.  I'm not letting managers off the hook as they are responsible for coaching up the people on their teams but let's face it.  If the right people were acquired in the first place, they wouldn't require much coaching!

It's common knowledge that for the past several years, only around 50% of all salespeople meet or exceed quota. Are they underperforming or performing as they should based on their own capabilities?  I mined some data from the 2,242,971 salespeople that OMG has assessed. What follows helps to explains why:

OMG measures the difference between salespeople who can sell versus those who will.  Only 55% of all salespeople will sell.

Only 22% have the necessary Sales DNA (combination of strengths that supports the execution of sales process, sales methodology, sales strategy and sales tactics) to succeed in their roles.

Only 41% have Hunting as a strength and only 34% prospect consistently so pipelines fall short of target.

Only 43% have Relationship Building as a strength and only 29% are able to leverage their relationships to win business.

Only 34% follow an effective Sales Process so most salespeople are winging it while believing they are terrific.

Only 11% have Consultative Selling as a strength and only 7% get past nice to have.

Only 31% have Selling Value as a strength and only 25% of salespeople make purchases in a manner that support successful sales outcomes.

Finally, 50% of all salespeople are weak!!  Is it any wonder that only 50% of all reps hit quota?

More importantly, CEOs and Sales Leaders don't know what their salespeople are truly capable of because they read only what appears in the CRM application, hear only what their salespeople tell them and see only the monthly, quarterly and annual revenue numbers.  At most companies, the salesperson responsible for the most revenue is often among the worst salespeople on the team.  They might have the biggest and/or best accounts, or the most lucrative territory, decades of tenure in the industry, but they aren't selling as much as they are serving in the role of account manager and order taker.  Don't confuse revenue with sales effectiveness.

A professional sales team evaluation shows what prevents your team from achieving a higher win rate, higher margins, more new business and a shorter sales cycle.  Do you have the right salespeople in the right roles? How much better each can each salesperson become? What it will take to get them there and how long will it take?  Is your pipeline legit? Which of your salespeople can be trained or coached up to reach their potential?  Are your salespeople part of your future or part of your past?

You can guess or you can get the data.  Learn more about a sales team evaluation.  Request a sample.

This article began with poor sales team performance as a by-product of selection.  Start using OMG's sales candidate assessments - the most accurate and predictive sales selection tool in the world. Request a sample.