Why Speed on Base Wins in Baseball and Sales 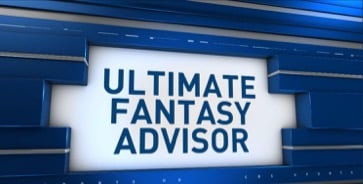 Dave Roberts' stolen base in game four of the 2004 American League Championship started the Red Sox historic comeback against the Yankees that resulted in them winning the 2004 World Series.

The mental battle between a runner and the pitcher (the runners who are threats to steal are often referred to as “Speed on the Bases” by broadcasters) perfectly describes what salespeople must accomplish to create a high-value relationship with a prospect. When the runner gets into the head of the pitcher, a base stealing opportunity is created. When you get your prospect to pay more attention to you than anyone else a sale becomes exponentially more likely.

In OMG's Relationship Building competency, 65% of Elite, 58% of Strong and 55% of the Serviceable salespeople are strong compared to only 36% of the bottom 10%.

Over the last five weeks I have conducted seven sales and sales leadership intensives for about 150 sales professionals. A high percentage of them viewed relationship creation as creating rapport and finding common interests. Virtually all of the Account Managers saw their job as keeping people happy at all costs. As a result, they tend to posture themselves as vendors instead of advisors.

To create Speed-on-Bases (SOB) in sales you must take a different approach. It not about making people feel comfortable, it’s about creating equality, trust, value and intimacy.

In OMG's Doesn't Need to be Liked Competency, part of Sales DNA, 54% of the top half of salespeople are strong compared to just 20% of the bottom half. 92% of the top 20% have this as a strength.

When we at Kurlan begin a sales development project, we generally conduct sales and sales management intensives. These are typically our first encounters with the entire team. These are cold groups and analogous to an early meeting with a prospect. The attendees can be skeptical, reluctant, uneasy, wary and in some cases on a mission to undermine our efforts. We are in the truest sense of the word just another vendor.

To achieve a positive outcome requires us to quickly develop Speed-on-Bases with the group and the individual members.

SOB quality is comprised of Relationship, Honesty, Credibility, Value-Add and Posture. Salespeople tend to focus on the first element most frequently without intention.

Relationship is primarily about warming people up and creating rapport. Getting people to laugh, having some fun and being a little vulnerable. After all, we are all people trying to help each other. Honesty requires speaking the truth even when it’s uncomfortable, acknowledging the elephant in the room, “many of you are skeptical about me and what we are doing here”.

Credibility is using their language or speaking from the perspective of the audience in my case. With prospects you must know what it’s like to be them. How they think, what their day looks like, the politics of the organization, communication challenges and the problems they face including those that have nothing to do with you.

Value-Add is by far the most important. It cannot be created without the first three SOB elements. In short you must challenge and poke holes in their thinking. Presenting, talking about solutions, features, benefits and your value proposition do not add value. They make you sounds like all the other ineffective salespeople they have met.

Finally, there’s Posturing. At its core, posturing is being the advisor instead of a salesperson, as the table below shows.

Most salespeople are conditioned to accept the inequality prospects want when they buy. It’s considered OK for prospects to spin the truth, lie by omission, string salespeople along and cancel meetings without notice. Weaker salespeople accept this as the norm and don’t push back. From an objective, non-emotional perspective, this is crazy. Salespeople need to toughen up, stand their ground, stop seeking approval and stand up for the noble profession we all embody.